LABOUR last night launched a savage attack on the Scottish Government’s handling of the Lockerbie affair amid renewed calls for a decision to be taken quickly over the fate of convicted bomber Abdelbaset ali Mohmed al-Megrahi.

Scottish Secretary Jim Murphy launched a stinging rebuke yesterday branding the SNP administration’s approach to al-Megrahi’s bid for freedom “a little bit embarrassing” and demanded a decision be made “one way or another”.

Labour Peer Lord Foulkes also claimed Scottish Justice Secretary Kenny MacAskill was behaving like “a rabbit caught in headlights” and was “paralysed” by the magnitude of the decision, and revealed he had also tabled a question at the Scottish Parliament about the delay.

But First Minister Alex Salmond leaped to the defence of his under-fire cabinet minister, saying any decision would be made “in the interests of justice” as soon as Mr MacAskill had considered all the advice presented to him last weekend.

Mr Murphy ignited the controversy on a visit to a West Lothian factory yesterday and helped to further politicise the affair with his remarks on the very day Megrahi dropped a second legal appeal against conviction.

Asked what he thought about the case, he said: “The British Government’s view is that this is the decision of the Scottish Government.

“The fate of al-Megrahi is 100 per cent the Scottish Government’s responsibility.”

He added: “My only view is that they should get on and make the decision.

“It is dragging on and it’s becoming a little but embarrassing.

“They should make a decision one way or another.”

His comments during a visit to meet management at the Touch EMAS bionic hand factory in Livingston came just hours after three judges at the High Court in Edinburgh accepted Megrahi’s request to end his second appeal against sentencing. 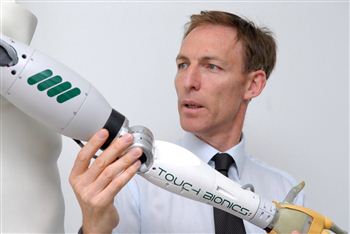 It was thought the 57-year-old, who is dying of prostate cancer, believes doing so could aid his chances of being freed on compassionate grounds.

His QC Maggie Scott told the judges he had very aggressive cancer and was in distress, adding that his only priority was spend what little time had had left back home with his family.

Dropping the appeal removes any remaining legal barrier to a prisoner transfer, should the justice minister Kenny MacAskill be minded to free him.

But Labour Peer George Foulkes MSP revealed he has tabled a question at the Scottish Parliament demanding to know why Mr MacAskill had not yet made a decision over the fate of Abdelbaset ali Mohmed al-Megrahi.

The question, lodged yesterday, read: “To ask the Scottish Executive what information is not currently available to the Justice Secretary which prevents him from making a decision regarding Abdel al-Megrahi.”

“He’s like a rabbit caught in the headlights and he suddenly realises the magnitude of the decision he is having to make – it’s the biggest decision anyone in the Scottish Government has to make.

“But those are the kind of decisions Gordon Brown, David Miliband and Alan Johnson make every day of the week.”

He added: “What’s he waiting for?

“He’s had representations from everyone, all the information, what more information can he possibly want?

“He’s already gone over the time. Why the delay?” 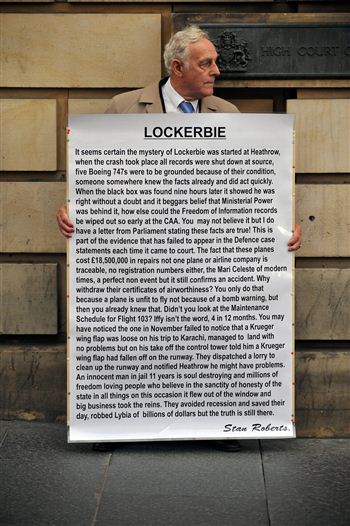 But First Minister Alex Salmond, speaking in Aberdeen yesterday, leaped to the defence of his minister.

He said: “Kenny MacAskill, as Justice Secretary, will consider the evidence that has been forwarded to him from a range of quarters, consider the advice from officials and make a decision shortly in the interests of justice.

“I can also say that a final decision has not been taken by the Justice Secretary – he only received his final advice at the weekend.

decision will make it on the basis of the evidence received and the advice received.”

A Scottish Government spokesperson added “The Justice Secretary’s office only received the final advice on both applications late on Friday evening and Mr MacAskill is now giving all the evidence before him careful consideration.

“No decisions have been taken, but Mr MacAskill will reach and announce his decision this month.”

Yesterday it was also revealed seven US senators including Edward Kennedy and John Kerry had written to Mr MacAskill to register their concern at the prospect of Megrahi being freed.

Al-Megrahi was convicted in 2001 of taking part in the bombing of PanAM Flight 103 on December 21, 1988 which resulted in the deaths of 259 people aboard the Maid of the Seas airliner, and a further 11 on the ground in Lockerbie where the jet came down.