Iconic Trainspotting station has to go to rehab 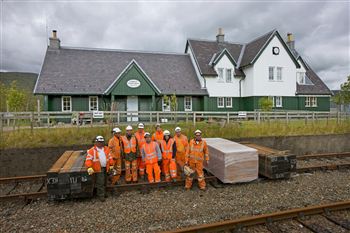 THE desolate Scots train station made famous in cult film Trainspotting is getting a £400,000 facelift – because it is so popular with tourists.

Corrour station, the highest in the UK at 1,300 feet above sea level, features in Irvine Welsh’s tale of a gang of drug-peddling lowlife pals romping through Edinburgh.

One of the flick’s more sedate scenes shows Renton, played by Scots star Ewan McGregor, enjoying a boozed-up day in the countryside with junkie pals Sick Boy and Spud after getting off a train at Corrour.

And with so many film-lovers following in their footsteps on the West Highland Way, Network Rail decided to completely revamp the station.

And workers on the site couldn’t resist re-enacting parts of the famous scene themselves.

Project manager Andy Docherty said: “You could never publish the famous quotes from the film because they’re so blasphemous, but lets just say there’s been a bit of colourful dialogue from the film shouted out into the hills by the boys onsite.

“They’re a young team and there’s a lot of banter but they also know there’s a job to be done and they have to be professional about it.

“You see Americans coming off the train and they think it’s a film set, but it’s a real working station. 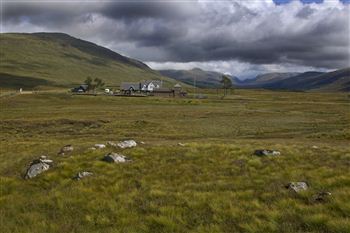 “You also see plenty of youngsters getting off the train with carry-outs looking to copy the film and it’s always a good laugh.

“Unfortunately the Corrour station has seen better days so we are sprucing the whole place up to make it look absolutely pristine for all the visitors.”

It didn’t take long for the 10-strong team to stumble across the same problem as the Trainspotting stars – there are no roads – leaving them to lug 4,000 timber sleepers to the hilltop station.

And to protect the lush countryside they even had to temporarily close the line while they drove a digger up the railway line.

Andy added: “It looked grim in the film thanks to some very clever camera work, but it’s an absolutely stunning site and we want to leave it as we found it.

“Transporting all the gear by rail proved quite an issue because it’s so remote up there it’s almost an offshore experience. 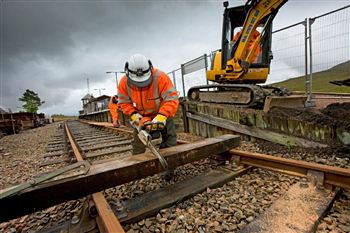 “We’ve done work on some fairly isolated stations before but never before where there has been no public road access.

“The midges are terrible – you get plagued by them when they descend on you.

“We’ve issued the men with Avon Skin So Soft, which is used by the British Army and seems to be the best way to keep them off.”

Trainspotting was released in 1996 and directed by Danny Boyle, the same man behind recent movie smash Slumdog Millionaire.