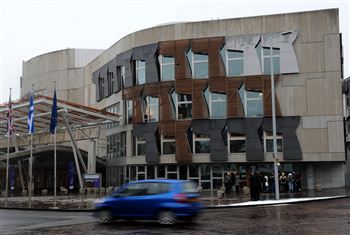 SCOTTISH asthma sufferers are being let down by health officials over swine advice, a charity has claimed.

Asthma UK Scotland said it had been inundated with calls from worried parents who are unsure if Tamiflu is safe for children with asthma.

The organisation said despite fears that people with asthma are more likely to suffer from side-effects from the drug they have had no advice from the Scottish Government.

But despite writing to the Executive in July offering to work with health officials the charity said it had had no response.Scotland’s Asthma UK director, Shona Haslam, said the charity are desperate to speak with the Scottish Government.

Miss Gaskan said: “This is a heightened situation and we are dealing with a lot of confused parents who are hearing conflicting messages on the safety of Tamiflu and how the vaccine might affect children.

“As a charity, we don’t have all these answers right now and it is frustrating that the Executive has not been in touch.

“All we are asking is for a sit-down with the Executive to discuss its plans. We would not being doing our job if we did not raise this issue.

“We have got good links with young people through various programmes and as a result we have the expertise in making this kind of information easy to digest.

It was announced last week that the 72,000 children in Scotland who suffer from asthma will be among 1.6m Scots who will be the first to be given Tamiflu in October.

She said: “Parents are looking for the most accurate information possible on H1N1 and the impact of the planned vaccine programme so they can make an informed choice on what drugs to give their children..

“The most simple way of relaying information to them is through Asthma UK Scotland. The Executive needs to have talks with them urgently.”

But the Executive said it was happy to meet with the organisation adding that they planned to keep them fully up-to-date on the issue.

A spokesman said: “There is a national UK communication campaign to help keep people informed of developments during this current pandemic.

“We will be fully engaging with Asthma UK Scotland, as well as other key stakeholders.”