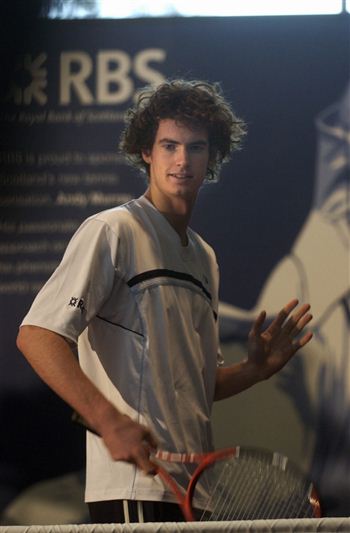 SCOTS tennis ace Andy Murray has a new incentive to win the US Open – he could be eating sushi off a naked Japanese model.

The world No.2’s pals have promised to send him to a Flash Sushi evening – a rare Japanese dining practice involving 10 courses of fishy rice and one naked woman.

The 22-year-old – known for his buff physic – often eats sushi to build himself up after marathon training sessions.

And the 6ft 3in Scotsman will hoping his brutal training regime has paid off as he goes into the US Open on September 13.An elusive London website called Flash Sushi offers the meal – but prospective diners must register their interest online first, before being emailed with a time, place and code of conduct.

Flash Sushi has been a luxury practice in Japan for centuries, with only the wealthiest being able to indulge in the bizarre practice.

But now for a flash £250 guests will get ten courses, along with wine and beer.

A friend of Andy’s said he’d better check with girlfriend Kim before feasting raw fish from a model’s body.

Last year Andy became runner-up to Roger Federer at the US Open.