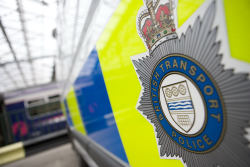 A SECURITY expert has warned Glasgow will become a target for extremists during the Commonwealth Games in 2014.

Odette Butson is responsible for keeping public transport security tight during the London Olympics in 2012.

She said preparation must start now to ensure the Glasgow Subway is safe from terrorists and protestors during the games.

Ms Butson – Olympic project manager for British Transport Police – said: “I don’t want to be alarmist, but our biggest focus is to mitigate the threat of a terrorist attack.

“The Commonwealth Games would be the same. Any large world event with good coverage is going to be that kind of target.

“It is all about minimising the chances of it happening, and if the worst was to happen then to reduce the harm caused by that event.”

And Ms Butson insists that long-term plans need to be put into action now to avoid a terror attack or other disruptions in the underground rail system.

She said: “We have carried out a programme of risk workshops to look at the bits of the rail infrastructure that may be a target for protestors or, even worse, a terrorist attack.

“We have specialists going out to these location making detailed assessments. Glasgow want to be planning and doing assessments now, looking at what they can do to make things safer.

“It takes a long time to train people up, to buy additional explosives search dogs, making sure everything is in place.”

British Transport Police (BTP) said they would be fully prepared for the 2014 Games and insisted there was no particular threat.

A spokesman for the BTP in Scotland said: “There is nothing to suggest that the Glasgow Subway is a specific target.”

Games organisers said a “risk register” had been prepared to address any potential security risks.

A spokesman for Glasgow 2014 said: “The security arrangements at Games venues and for the transport infrastructure for those venues form a significant part of that register.