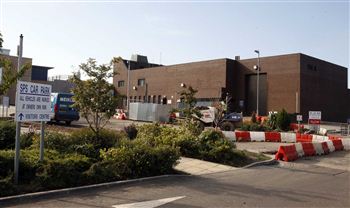 PAMPERED prisoners at high-security Saughton jail in Edinburgh are claiming hundreds of pounds in compensation for goods going missing behind bars – at the expense of the taxpayer.

Designer jeans, Playstation 2 controllers and a £150 suit were among the items claimed for by inmates after going missing during prison transfers.

In total, 210 claims have been made in the last two years, costing the public purse almost £1,600.

Other items claimed for include a mobile phone, tracksuit bottoms, jewellery, watches and cash.

A spokesperson for Saughton Prison confirmed the revelations, but stressed that all compensations had been made according to “stringent” guidelines.

A spokesperson said: “We do get a lot of claims and are responsible for their possessions, but we only pay out if there is a strong basis for the claim.

“We take very seriously the fact that we are the custodians of the public purse.”

Bill Aitken MSP, Justice Spokesman for the Scottish Conservatives, said that jail sentences should be seen as a punishment, and questioned the need for “luxuries” behind bars.

He said: “Property going missing in a jail? Where is the honour among thieves?”

“When the prison is negligent I suppose there should be a payment, but many might think jail is for punishment rather than prisoners having luxuries that many law-abiding citizens cannot afford.”

The revelations are sure to fuel public anger at Kenny MacAskill’s Justice department, which has recently come under fire for its soft-touch approach to crime and punishment.

On Saturday, prisoners at new “luxury” prison Addiewell – dubbed “The Addieson” – enjoyed a family day out for inmates, with activities including picnics, races and an inflatable obstacle course.

Ordinary residents said they were amazed at the claims.

Alex Paterson, 62, from Lochend in Edinburgh, said: “Prisoners should not be allowed to claim for missing possessions – they are in prison for punishment.

“Nobody wants their possessions to go missing, but unfortunately sometimes they do.”

Retired engineer David Poole, 78, also from Edinburgh, said: “There should be no compensation funded by the state.

“If prisoners want to claim their goods, they should take out personal insurance – not at the expense of the taxpayer.”

Teachers celebrate end of term with £77m worth of gifts, survey says