Ewan to be honoured by world’s firefighters 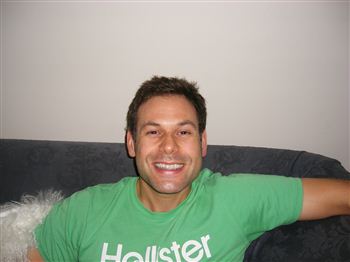 HERO firefighter Ewan Williamson is to be honoured at the annual International Firefighters’ Service of Remembrance.

Many of Ewan’s friends, colleagues and family members – along with firefighters from across the world – will attend the event in London next month.

The 35-five-year-old tragically died while rescuing 20 people who were trapped in the Balmoral Bar in Dalry, Edinburgh, after an inferno raged through the pub.

“This year, following the death of firefighter Ewan Williamson, representatives will be accompanying members of Ewan’s family to the Firefighters’ Memorial in London to pay their respects to Ewan and all our fellow firefighters who have lost their lives in the line of duty, and to lay a wreath in their memory.”

The service will be held at the Church of St Bartholomew the Great in London on 13 September.

The service will be followed by a parade through the streets to the National Firefighters Memorial to the south of St Paul’s Cathedral at the new Jubilee Walkway – where a wreath will be laid in remembrance of Ewan.

The National Firefighters’ Memorial was erected to honour those who battled the flames of the blitzkrieg when London was bombed on 57 consecutive nights during the Second World War.

Councillor Michael Bridgman, who serves on the board of Lothian and Borders Fire and Rescue, said it will be a very special day for those who knew Ewan.

He said: “We are taking a fairly large group to the service this year – and it will obviously be an especially poignant one for us.

“Ewan’s family will be there, and we will again pay our respects and remembrance to him.”

Last month 15,000 people – including firefighters from across the UK – lined the streets of Edinburgh to honour their fallen colleague.