Simon Pegg to star in Burke and Hare film 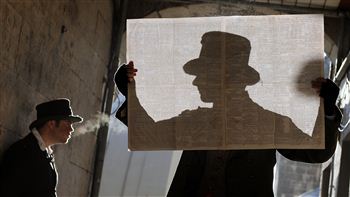 COMEDIAN Simon Pegg is poised to star in a film about infamous Scots murderers Burke and Hare.

Since the film was announced last year, actors such as Ewan McGregor and Colin Farrell have all been tipped for the lead roles.

But director John Landis – famous for horror films such as An American Werewolf in Paris and Michael Jackson’s Thriller video – hinted that the British star has already signed up for the role.

At the US Monster-Mania Convention in New Jersey on Saturday, the legendary filmmaker told fans that Pegg had been lined up to star as Hare.

Shaun of the Dead

The movie is due to be filmed in Edinburgh, the city where William Burke and William Hare murdered and sold their victim’s bodies on to Dr Robert Knox at the Edinburgh Medical College.

Pegg is no stranger to the horror genre – his first big-screen appearance was in the hit Shaun of Dead, which parodied George A Romero’s zombie flicks.

And it is unlikely that he will have to recreate the Scottish accent he showcased in Star Trek, as the two murderers were Irish immigrants.

But Ros Davis, a production liaison manager with Edinburgh Film Focus, confirmed that the movie would be filmed on location in the city.

She said: “All dealings with movie producers are protected by corporate confidentiality, so we can’t reveal anything that we know about the film at this time.

“However, it’s Edinburgh Film Focus’s job to attract big productions to Edinburgh, first of all for the money that they spend while they’re here and also for the knock-on impact they have on attracting tourists.

“Obviously a production like Burke and Hare, which is very much tied in with Edinburgh history, will attract a great deal of tourist interest.”