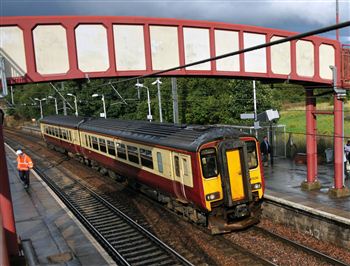 NEW evidence has shown that Scots are starting to ditch their cars in favour of train travel.

Statistics released by the Scottish office for National Statistics yesterday has shown a dramatic fall in new car registrations, as well as a drop in numbers travelling to work by car.

In contrast, the number of ScotRail passengers increased by three per cent, which the group have credited to an “improved performance” and the opening of several new stations.

The data also reveals that Scots roads are safer than ever.

Some 271 people were killed on Scottish roads this year, the lowest figure for more than 50 years.

“The reduction of journeys to work made by car and the slight reduction in the volume of traffic shows that more Scots are beginning to think about their travel choices and the impact these have on our environment.

“The Scottish Government is committed to providing the Scottish people with real alternatives to the car.

“We are investing record levels in public transport in our efforts to encourage people to make a switch to more sustainable modes of transport.

ScotRail said that a renaissance is underway in Scotland’s railways, providing more people with the opportunity to switch to public transport.

A spokesperson said: “We are committed to giving people an attractive alternative to the car, and there is no doubt more people are choosing rail as their preferred means of travel.

“The passenger growth has been delivered against a background of improved performance.

“Our focus on safety, customer service, punctuality and reliability – and investment in stations, trains, and new products – will continue.”

200mph trains would cut journey times between Scotland and the UK capital to just over two hours – down from the current time of more than four hours.

The move has been welcomed by political parties and environmental campaigners alike.

Cutting journey times between Scotland and London to below the three-hour mark would also offer direct competition with air travel.

“This could result in helping us towards achieving our 42 per cent cut in emissions as set out in our Climate Change Act.”