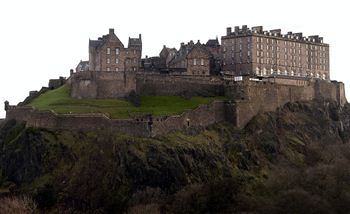 THE BACKLASH from the US over the release of Lockerbie bomber Abdelbaset Ali Mohmed al-Megrahi has already begun to hit Scottish hotels hard – just days after his release.

Fears are now growing over the potential economic impact of losing tens of thousands of American tourists after the controversial decision to release the terminally ill Libyan last Thursday.

Last year visitors from the US contributed hundreds of millions to the Scots economy – but industry experts reckon that could be slashed if the Yanks abandon Scotland.

The four-star Roxburghe in Edinburgh has already had five cancellations – including one for 18 US businessmen.Chris Wayne-Willis, manager of the Roxburghe, said: “We had cancellations for the next month and a party of 18 have cancelled a trip they had planned next March.

“The al-Megrahi decision has definitely had an effect – all of the cancelling parties cited his release as the reason they were not coming.”

Colin Paton, chairman of the Edinburgh Hotel Association, said that 50 hotels in his group had already brought up the issue and were awaiting the backlash.

He said: “We are worried there will be a negative reaction, but we can only hope it’ll go the same way as when Americans boycotted France during the Gulf War.

“Sales of brie went down for a small period of time – but then they came back up again.”

But incensed Americans are seeking to change that by setting up an official hate website called Boycott Scotland.

It calls for all Americans to Boycott Scottish products like whisky and Scottish salmon – widely regarded as among the best in the world.

Irate Americans have blasted Scotland for releasing al-Megrahi and promised that MacAskills actions will not go unpunished.

Harold Kersten of Connecticut said: “You Scots should hang your heads in shame – you send a message to murderers that they are safe in your country.

“I have visited Scotland five times for my golf trips – but am cancelling my planned trip and going to Ireland – at least they have the sense not to placate animals.”

Another American, Gabriel Schoenfeld from Brooklyn, is angry at the way the affair has been handled.

He said: “I have always admired Scotland from afar, and when one thinks of great men from David Hume to Adam Smith and so many others, that this small country has contributed to civilisation, my heart has always felt pride for Scotland even though I have not a drop of Scottish blood in me.

“No more – the stain on the sons of Scotland for its compassionate release of the terrorist Abdelbaset Ali Mohmed al-Megrahi won’t wash away for generations to come.”

Another visitor to Edinburgh, Stephen Bradley, 64, from San Francisco said he had too many relatives in Scotland to turn his back on them – but warned that many Yanks were fuming.

He said: “He should have been released – the guy killed 270 people and if he had been tried in America he would have been executed.

“I think if the death penalty was ever warranted it would be for guys like him.

“The US sometimes gets portrayed as a bully trying to impress their own opinions on other countries – but in this case I think our opinion is valid.”

VisitScotland, admitted is has received emails from furious US tourists, informing them that they would be cancelling their holidays and giving up Scottish products.

A huge new promotional drive is now being planned in the US to combat the negative effects of the announcement to release al-Megrahi.