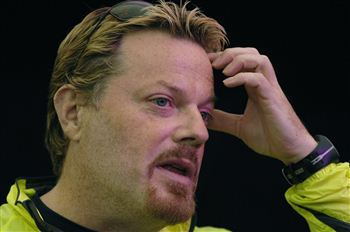 The wacky comedian – known for his abrupt political views – said the decision “sends out all the wrong signals for Scotland.”

The 47 year-old, known for his cross-dressing antics, was speaking just before he attempted to scale Arthur’s Seat as part of a 43-day marathon tour.

He said: “It didn’t feel right.“I respect the due process of the law and I think if the Scottish courts judged his conviction or sentence to be unjust that would be OK.

“But releasing him on compassionate grounds doesn’t sit well with me.

“Fundamentally it doesn’t feel right at all.

“You saw what happened in Libya when he arrived and it wasn’t right.

“It sends out all the wrong signals for Scotland.”

He is running a marathon every day for 43 days for Sport Relief.

Scots town to host a two-wheeled festival this weekend

Hundreds of mountains bikers set to descend upon Scottish borders