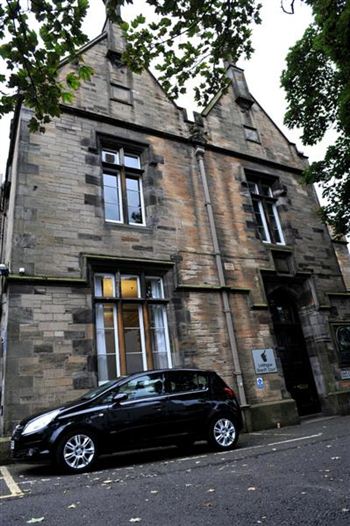 Thousands of crooks, burglars and violent cons have appeared in front of the famous court’s benches over the years.

But now the 32 staff, four sheriffs and seven Justices of the Peace are moving the 17 miles south to the newly-constructed court in Livingston.

The last person to appear in a criminal case there yesterday (Thursday) was William Ellis, 43, from Livingston, West Lothian, who was charged with assaulting a woman at an address in Livingston and who is now expected to appear in Livingston Sheriff Court in November.

The historic court building in Linlithgow was built in 1863 on the site where the shot that killed the then Prince Regent in the 16th century was fired.

The killing is thought to be the first recorded murder in Scotland which involved the use of a firearm.

The old building has also seen many famous, and some infamous, cases over the years, including Bay City Rollers frontman Les McKeown charged with discharging an air rifle at a teenage fan, Peter Tobin, the murderer of tragic schoolgirl Vicky Hamilton and Sifiso Justice Ngema, who abducted a nurse and held her captive in the boot of a car for 11 days.

It will be replaced next month by the new Livingston Sheriff Court and Justice of the Peace Court located in the new West Lothian Civic Centre.

The new facilities at Livinston include six brand new courtrooms, two jury, two non-jury and two civil courts, and the courtrooms have been specifically designed to hold High Court sittings in the future.

Eleanor Emberson, Chief Executive of the Scottish Court Service, said: “The courts in West Lothian will now have modern, purpose-built facilities with courtroom space to accommodate the business.

“Bringing court staff together in a building along with Lothian and Borders police, the Procurator Fiscal Service and social work teams will help the criminal justice system in West Lothian work more effectively and will help make best use of public money.

“There are also new opportunities for SCS to work more closely with their new neighbours in education and community services and contribute to crime prevention.”

The historic landmark has been on the property market since February, but owners, the Scottish Courts Service, have as yet received no bidders.

Various future uses for the building have been proposed including plans for a new venue for civil marriages and ceremonies, or for a nightclub, pub or restaurant being among the current favourites.

Other potential uses for the former Sheriff Court could include a museum, a performance space for music, dance or drama, a crèche or day nursery or an educational or training facility.

Gail Smith, Sheriff Clerk at Linlithgow Sheriff Court, admits she will be sad to leave the old building.

Shesaid: “The current court has been operating since 1863 and it will be a sad day to see the doors finally close on this historic building.

“However, we are all looking forward to opportunities that the new Livingston Sheriff Court offers, particularly having all our court staff operating under one roof.

“We particularly look forward to working collaboratively with our justice partners and other colleagues as part of the multi-agency centre. I am sure this approach will offer real benefits for all our service users.”

A bronze plaque sits proudly on the wall outside the court commemorating the assassination of James Stewart, 1st Earl of Moray by James Hamilton in January 1570.

Hamilton is said to have shot Moray from the steps of his uncle’s house which sat on the site of today’s sheriff court building.

The incident, which is said to be the first murder in Scotland using a firearm, is depicted in a stain glass window in St Giles Cathedral in Edinburgh’s Royal Mile.

Many other famous names have passed through the court’s doors over the years including Bay City Rollers singer Les McKeown who was charged with shooting a young fan who had camped outside his home with an air rifle.

Hundreds of Rollers’ fans descended on the court in 1976 in support of their pop idol.

The charges against McKeown were soon dropped though when a friend later admitted he had fired the shot.

In 2003 “vampire killer” Allan Menzies, who claimed he was ordered to kill his friend by a character in the movie Queen of the Damned, appeared at the court.

And in November 2007 the eyes of the world were on Linlithgow when Peter Tobin appeared as he was fully committed to trial for the brutal abduction and murder of Falkirk schoolgirl Vicky Hamilton.

Scottish legal history has also been made at the court as in February 2000 the defence of entrapment was accepted for the first time by a Scottish court by a Sheriff at Linlithgow in an undercover police drug dealing case.

Sheriff Peter Gillam ruled the evidence against a defendant could not be put to the jury because he had been encouraged to carry out an act he would not normally have been involved in.