A BEHIND-the-scenes TV producer has wowed Britain’s Got Talent judges at a special audition – by singing with her mouth closed.

Carolynne Philpott took part in the TV’s Got Talent one-off at the International TV Festival in Edinburgh today(Friday) – presented by Ant and Dec. 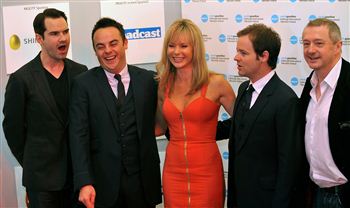 She began singing the Abba hit, Thank You for the Music – then shocked the audience by closing her mouth and continuing to sing normally.

A stunned Louis Walsh – one of the wealthiest media mogul in Europe – said he had never seen anything like it before.

He said: “I think you should come on X-Factor next year – that’s fantastic.”

Fellow judges Jimmy Carr and Amanda Holden were taken aback by the oddball performance. A thrilled Carolynne, 30, said she recently rediscovered the quirky trick after inventing it as a child.

She said: “I presumably invented it to keep singing when I was told to be quiet and keep my mouth shut as a kid.

“I saw the advert for the competition in a broadcast magazine and since I’m known for singing a lot at work everyone at work made me enter. 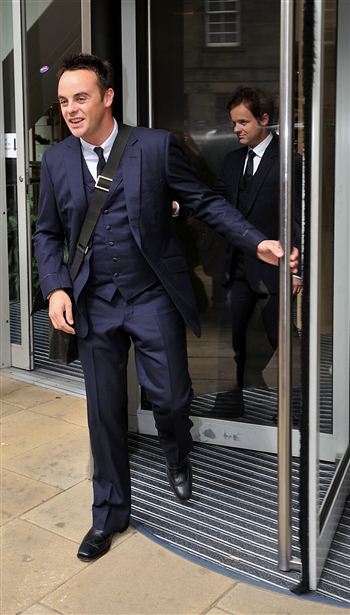 “It always comes up at work night and people always say ‘do that funny thing you do’.

“So I sent in a video and that was it they called me into the final.

“It was a bit scary – it’s a bit of a laugh and a joke and then you think oh my god – I actually have to do this.

“I would love to sign professionally, you never know – skies the limit now eh, now everyone’s discovered my talent.

“I would definitely leave my day job if the opportunity arose – it’s a career I’d like to pursue.”

Carolynne – who has lived in London for 10 years and works for Halo Post-Production – said she couldn’t believe she’d won the award.

She said: “All the way through I wasn’t expecting to get to the final – let alone win, but it’s a great buzz.

“I did apply two years ago but I only got through second round – but maybe next time – Louis has made a promise now so I might hold him to it.”

The competition – which took place on the opening day of the International Television Festival – was hosted by Geordie two-some Ant and Dec and was re-named TV’s Got Talent.

The audience – which included delegates from TV and production companies across the UK – were also treated to Krishnan Guru-Murphy playing Live and Let Die with his rock band.

Share
Facebook
Twitter
Pinterest
WhatsApp
Linkedin
Previous articlePenguin has happy feet again after boots help his tootsies heal
Next articleTV FESTIVAL SPECIAL: The Wire creator David Simon – If you don’t have a message, why do it?

PREVIEW: Comedy star Katherine Ryan at Edinburgh Playhouse for one night only