TV FESTIVAL SPECIAL: The Wire creator David Simon – If you don’t have a message, why do it?

THE CREATOR of hit US television drama The Wire said he revels in his work being used as a “political football” to stir debate. 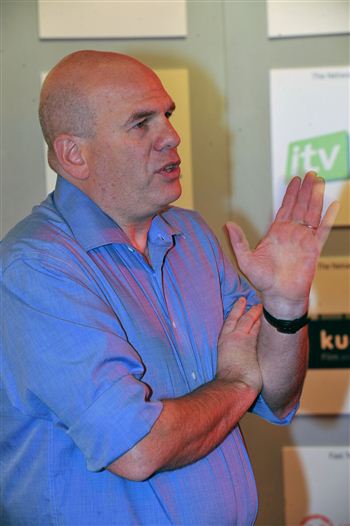 He said: “One thing I always hope for is to get off the entertainment pages and become a source of discussion.

“It hasn’t happened in other countries – but it has happened here.”

He was talking at the International Television Festival in Edinburgh today(Fri) at an event hosted by newspaper and broadcast critic Charlie Brooker.

Simon also said that he had chosen a controversial title for his show – ‘Fuck the casual viewer’ – to refer to the importance of viewing figures in the industry.

It took a while for The Wire to become the sensation it is today, but David said that he likes to make shows with a message – even if no-one watches them.

He said: “If you don’t have a message, why do it? If you had to get everybody to watch one show you really couldn’t say anything in it. You have to believe in your story not your audience.”

First airing in the States in 2002, the show came to an end after 60 episodes and five series last year, but has become a cult show in countries around the world with some commentators describing it as the greatest show ever made.