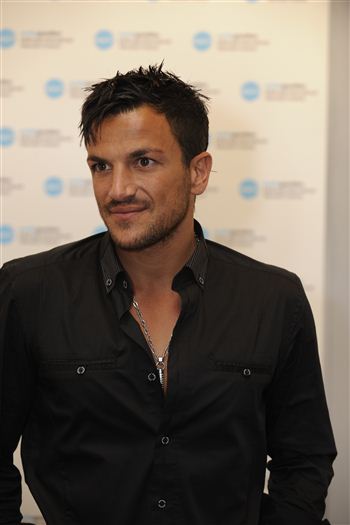 Speaking at the Edinburgh International Television Festival yesterday (Saturday) the pop star revealed that his marriage to Jordan has put him off ever going out with another star.

But Pete reckons he’s almost ready to move on after Jordan’s affair ended their three and a half year marriage.

He said: “Maybe I’m wrong completely because I haven’t met the person yet, but I really don’t think I would want to be with someone in the industry – once bitten, twice shy”.

“But I feel better than I did a few weeks ago – and I feel more upbeat about meeting people.

“It’s still a bit too early, but what’s happened has allowed me to actually meet people again.”

Andre and TV producer Neville Hendricks spoke to an audience of over 200 at the EICC in Edinburgh about the fly-on-the-wall TV shows that documented their tumultuous relationship.

Neville revealed that the star couple’s relationship was so fiery that two of their cameraman became “burnt out” after witnessing hundreds of hours of arguments.

Peter – who was visibly affected when shown footage of the early days of his marriage – says he’s even turned off Google Alerts – to avoid seeing the new couple.

He said: “I can’t control what other people do, headlines are not a problem – pictures are.

“You can avoid headlines, but pictures are what scares me.

Jordan has been dumped