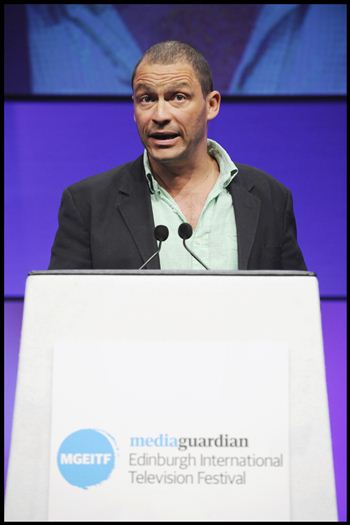 West ridiculed the News International boss on Saturday after Murdoch launched a savage attack on both regulation and the BBC the night before, during the keynote James MacTaggart Memorial Lecture.

Both the lecture and the television awards were held as part of the Edinburgh International Television Festival at the weekend.

West collected the Non-Terrestrial Programme of the Year award from comedian Michael McIntyre before poking fun at the media boss at the packed awards ceremony.

He said: “I heard two things here yesterday – David Simon said The Wire is essentially about what happens to a country when it embraces unchecked free market economics.

“The next thing I heard was Mr Murdoch saying that the only guarantee of quality and independence is profit.

“So I accept this on behalf of everyone at The Wire with gratitude and in contempt of the Murdoch doctine.”

West, 39, said the word ‘profit’ to a low and gruff voice, loudly into the microphone, sparking off raucous laughter and applause from the audience.

On Friday Murdoch delivered the memorial lecture, arguing that too many regulations are strangling the media industry.

He also scolded the BBC Trust for its “abysmal” record and said that the BBC posed a “serious and imminent” threat to the future of news broadcasting.

West plays Detective Jimmy McNulty in the highly acclaimed HBO drama, which focuses on the seedy underworld of Baltimore city.

He added: “I think this the only award The Wire has ever won – I always thought awards were a load of rubbish, but now I think they’re great.”