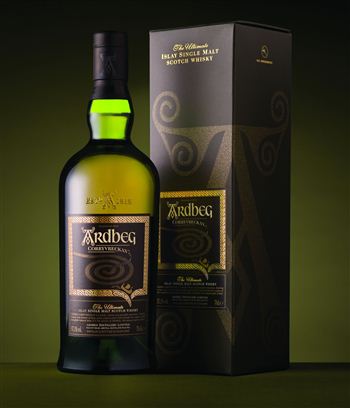 MASTER whisky distillers Ardbeg have launched a new malt they say is inspired by one of the world’s largest whirlpools.

The new single malt – Corryvreckan – will be released later this month at an eye watering 57 per cent strength.

Costing around £60 a bottle, Dr Bill Lumsden, Head of Distilling at Ardbeg, said the whisky is one dram not targeted at beginners.

He said: “Like the whirlpool, Corryvreckan is heady, intense and powerful – its ‘finish’ is long and deep, leaving the connoisseur with a lingering thought of a mysterious and daring journey.”

There is expected to be high demand for the exclusive nip which will only be sold at specialist stores, as well as the Ardbeg website.

The whisky is inspired by the Corryvreckan whirlpool, part of the Gulf of Corryvreckan, which runs between the islands of Jura and Scarba off the west coast of Scotland.

Corryvreckan is the second largest whirlpool in the world and according to the Royal Navy one of the most dangerous stretches of water in the British Isles.

Hamish Torrie, Ardbeg Director, added: “Ardbeg Corryvreckan has already had a tremendous welcome from our loyal followers, their hugely positive reaction has encouraged us to add it to the regular Ardbeg range.”