UNDER-fire Justice Secretary Kenny MacAskill yesterday declared that the Scottish Government would be “relaxed” about any full inquiry launched into the Lockerbie affair.

Asked if he supported convicted terrorist Abdelbaset Ali al-Megrahi’s call for a public inquiry, the Justice Secretary added that the government would “fully co-operate”.

Mr MacAskill was facing questions for the first time since a political firestorm erupted over his decision to return Lockerbie bomber al-Megrahi to Libya.

When asked if he supported al-Megrahi’s call for a full inquiry, he said: “We’ve made it quite clear as a government that we’re relaxed about an inquiry.

“Scots law is a small jurisdiction and only covers the land of Scotland – the powers of the Scottish Government and the Scottish Parliament are restricted in the current constitutional circumstances. 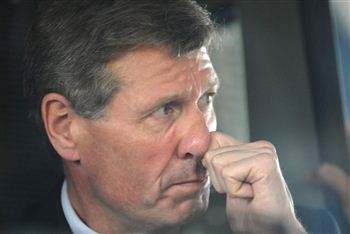 “We have said that we do recognise that some people wish matters to be investigated further, and we’ve said that we’ll fully co-operate in that.

“But we do believe that if there is to be an inquiry, it has to be by those who have the laws and the powers, whether that’s the UK parliament or whether it’s the United Nations.

“Our position remains the same – we will fully co-operate.”

Fresh from a brief holiday after his emergency-session appearance before the Scottish Parliament last week, MacAskill was visiting a Falkirk fire station to promote a new communications system.

It was the first time the Justice Secretary had faced the media since his controversial decision, and he used to opportunity to fiercely defend the move in light of fresh allegations of meddling by the UK government.

‘Deals in the desert’

He dismissed the notion that trade deals had any bearing on al-Megrahi’s release.

He said: “We had to make a decision, applications had been made, and I stand by the decision I made.

“We rejected the prisoner transfer application on the basis that it was clear to me that the government of the United States of America – and indeed the families of the American citizens who lost their lives in Lockerbie – had been given an expectation that Mr al-Megrahi would not be transferred under a Prisoner Transfer Agreement.

“I thereafter respected that, and that’s why I rejected the application for a prisoner transfer agreement.

“I can’t speculate – I was not there – about what may or may not have been discussed between the United Kingdom government and the Libyan government at any ‘deals in the desert’ or elsewhere.

“But I can say that I rejected the Prisoner Transfer Application.”

It was revealed over the weekend that the UK Justice Secretary Jack Straw decided two years ago that it was in the UK’s “overwhelming interests” not to exclude Megrahi from a prisoner transfer agreement.