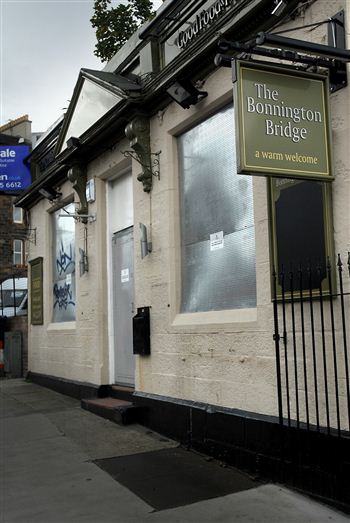 POLICE hunting for a stolen computer in a pub were stunned to find an illegal Chinese immigrant guarding a £150,000 stash of cannabis plants under a hatch below the bar.

Ming Lee, 40, was the “gardener” of 353 hash plants, which police said he had managed to cultivate to an “advanced stage.”

He also told police that he had been living in the underground cellar of Edinburgh’s Bonnington Bridge Bar for two weeks.

And he claimed he had only seen daylight once, when he went to stock up on food supplies.

Two men connected with the Newhaven Road pub deny any involvement in the underground drugs operation.

Fiscal Depute Alasdair MacLeod said: “Once the stolen computer was found police began a full search of the premises.

“They came across two locked doors, which the licensee said he didn’t have a key for, as whatever lay behind them didn’t belong to him.

“Officers forced the doors open and found Mr Lee asleep in an office which was being used as a bedsit.

“Mr Lee did have a key and on entering the other door police found the cannabis cultivation, along with electric lighting, plant food and other items.”

An expert told police that the electric wiring to the cellar had been cut off, which would have needed “expert knowledge”.

Mr Lee and two other men were detained and interviewed by police on May 21 over the drugs farm.

Speaking through an interpreter, Mr Lee said he was paid £100 per week to clean the cellar and had only left once.

Mr MacLeod added: “There was no other way he could have left, other than the hatch in the floor below the bar.

“His role was that of the gardener of the plants, as plant food and instructions were found in his room.”