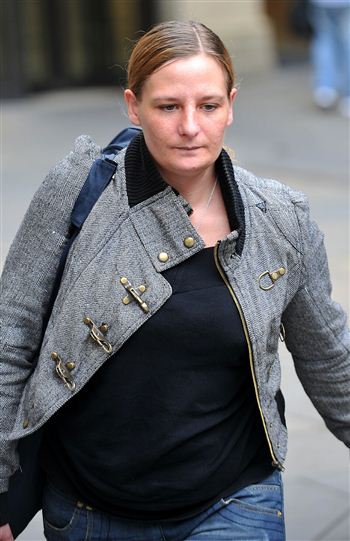 A MAN looking after his ill brother’s Post Office was subjected to a “terrifying ordeal” when two prostitutes burst in and robbed him of £11,000.

After asking for a book of stamps, one of the pair posed as a fake hostage while the other demanded money from the petrified stand-in postmaster.

A getaway car took the pair, Kelly Urquhart, 30, and Linda Brown, 25, away from the scene in Edinburgh towards Aberdeen.

But their escape was foiled by a witness who chased them while on the phone to police.

They admitted their part in the heist, but claimed today (Mon) that they were victims of their now dead pimp Adrian Brosnan, who they say “preyed on their vulnerabilities” to pay off drugs debts.

Phone-lines going into the post office were cut in advance of the raid, which Sheriff William Holligan deemed as “clearly pre-meditated.”

Edinburgh Sheriff Court heard how Mr Brosnan bought gloves on the drive down from their native Aberdeen to Edinburgh on November 12 last year, then binned them on his way out after the robbery.

Onlooker Mark Smith saw Brosnan putting the cash into a pouch in his jacket pocket and followed the trio to their getaway car.

He called police, who set up a trap on the A90 on Cramond Brig, where they stopped, searched and arrested all involved.

However, a different man – who cannot be named – was driving.

“Mr Brydon was left shaken by this robbery, the post office is blaming him for the loss of the money as there is no CCTV.

Brosnan dumped most of the cash in his child’s bank account, according to Brown’s defence agent Ross Gardener.

He said: “She has a tragic background herself, as a mother of three children who are in care; so reports will be needed.”

Urquhart’s agent, Lynn Bentley, added: “Mr Brosnan preyed on the vulnerabilities of both the accused.”

Sheriff Holligan told them: “This was very clearly a pre-meditated robbery, although there appears to be an unfortunate history for both.

“I make no qualms of the gravity of the disposal I am bound to be considering.”

Sentence for both Brown and Urquhart was deferred until later this month.