A TINY pet cat and her owner are recovering after a daring rescue by lifeboat and coastguard crews from Scotland and Northern Ireland. 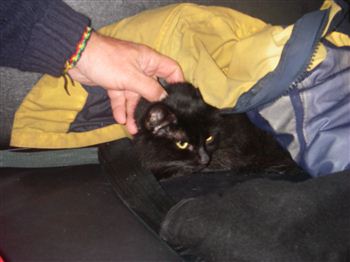 Two-year-old Sukie and photographer Dave Allison were sailing four miles off the Mull of Kintyre when their 22-foot yacht was battered by gale force eight winds.

The engine cut out and left terrified Sukie and Dave stranded onboard as savage north-westerly winds hammered the sides of the vessel.

Former merchant navy sailor Dave kept his beloved pet tabby safe from the elements inside his jumper while he called for help from Belfast Coastguard.

They requested assistance from the Campbeltown RNLI lifeboat crew at 3.30pm on Thursday to join the rescue.

The lifeboat crew quickly found Sukie and Dave and managed to heave them onto the boat before towing the yacht, named Shafa, back to Campbeltown.

Dave, 60, said he was shocked at the speed with which the weather turned.

He said: “I left Jura to sail down to Port Ellen and it was lovely, so I thought I would go with the wind around Mull of Kintyre. 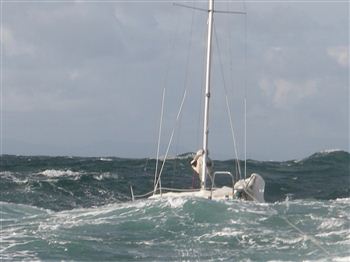 “I don’t know the area but apparently it’s where these tides meet – and they were all hitting my boat.

“I was towing my dingy and it was battering against the engine so I had to cut it loose.

“I put my cat in my jumper – I thought I’d killed it because I landed on her when I fell over.

“The engine cut out so I advised the lifeboat of my position and waited for them to arrive.

“They took us onboard and towed my boat back, but I didn’t think it would make it.

“I thought the cord would snap and my boat would end up on the rocks somewhere – but we made it.”

And Dave – who lives on the Muir of Ord near Inverness – reckons Sukie dealt with the ordeal better than he did.

He said: “She’s fine, she takes everything in her stride; it’s not bothered her at all.

“She can swim, although she didn’t have to yesterday.

“A while ago I was towing her in the rubber dingy behind my boat and she tried to jump into the boat. 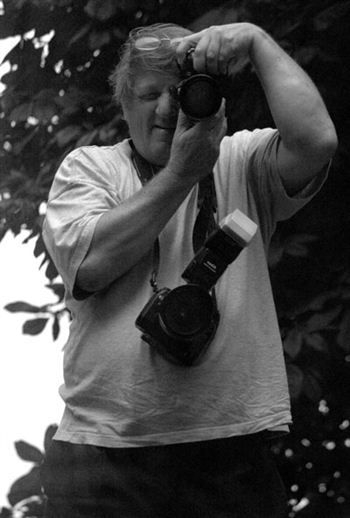 “I could see she wasn’t going to make it – she fell in the water but she and started swimming frantically, but she was swimming.”

“It was a poor day and the yacht was in the thick of a ebb tide against a strong north-westerly wind off the headland of Mull – not the most pleasant place to be especially if your engine goes.

“It took a number of attempts to go alongside the yacht but I took advantage of a break in the waves and we were able to grab Dave and Sukie aboard the lifeboat.

“They were shaken up but thankfully both are now safe and well.

Sukie and Dave have been sailing around Scotland since April, when he became semi-retired and bought the 22-foot yacht with his pension.

Dave heartily thanked the lifeboat and coastguard for their brave efforts in rescuing he and Sukie.

He said: “I was around to see the lifeboat crew this morning and gave them a thank you letter – I couldn’t thank them enough.

“I’m just a stupid sailor gone out in bad weather.”