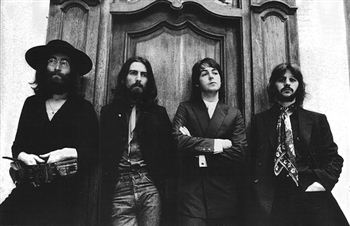 SCOTS trad music legend Sir Jimmy Shand was better than the Rolling Stones, according to the Beatles’ official biographer.

The Fab Four’s best-known expert Hunter Davies believes Shand and his band would have been the greatest British act in history if the Beatles had never existed.

While the Stones have sold 68million albums in America alone, the renowned accordion player’s best-selling single – Bluebell Polka – only ever shifted 100,000 copies.

But author Davies, who was born in Johnstone, Renfrewshire, says he was raised on Shand’s music and says there is no doubt the ex-miner was head and shoulders above Mick Jagger, Keith Richards, Bill Wyman, Ronnie Wood and Charlie Watts.

And he admits that before becoming the Beatles’ biographer he even tried to follow in Shand’s footsteps in a bid to launch a music career.He told a weekend interview: “I think Jimmy Shand and his band were brilliant.

“I am of Scottish background and my mother loved Jimmy Shand and his band.

“I used to go to violin lessons and I used to play the Bluebell Polka on my fiddle very badly.

“You can’t compare him to The Beatles but I prefer Jimmy Shand to The Rolling Stones.”

Shand, who passed away in 2000 aged 92, became a household name in the 1950s and 1960s and released more records than The Beatles and Elvis Presley combined.

His lifestyle couldn’t have been further from the rock ‘n roll antics of John, Paul, George and Ringo.

The ploughman’s son was born in East Wemyss, Fife, and worked in a local music shop before making his first recording in 1933, shortly followed by a BBC radio performance.

He formed the Jimmy Shand Band in 1945 and even made it onto Top of The Pops.

He honed the famous Scottish traditional dance music sound by commissioning the Hohner company to custom-build an accordion which became famous in the scene as the Shand Morino, which can still be bought in shops.

Prince Charles gave him a knighthood in the year before his death.

His son, Jimmy Shand Jr, 73, said his father would have been proud to receive such high praise.

He said: “It’s very kind of Hunter Davies to say that and we are very pleased to hear he was a fan of my dad’s music.

“My dad really admired The Beatles.

“He recorded music at Abbey Road during the 1950s and George Martin was a great friend of his.”