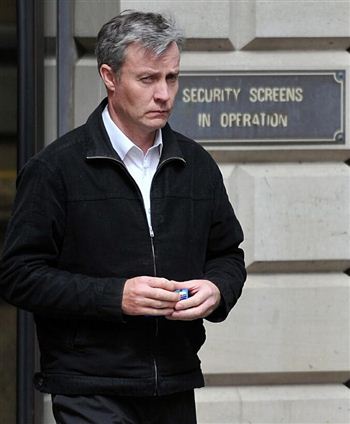 Francis Cassidy, 48, had over 400 images of pre-teen children being abused, 19 of which were at the second-worst level of depravity known to police.

He escaped prison today (Tues) with community service at Edinburgh Sheriff Court after being deemed “low risk” to the public and his own children.

Police scouring the worldwide web found the bogus astronomy site in 2007 and began hunting down the people visiting it.

Fiscal depute Ruth Ross Davie said: “A police operation, along with the child exploitation and online protection organisation, found a website which was an astronomy website corrupted with indecent images of children.

“He admitted owning the equipment and cooperated with police officers, acknowledging that he had viewed certain website which had pictures on them which could be deemed to be illegal.”

He said: “He has no access to the images. He only viewed them on the website and never saved them or downloaded them.

“The Children and Families team had to take a “better safe than sorry” approach in conducting an assessment and are satisfied he is of low risk to his children.

“He demonstrates an apparent appreciation of the nature of his offending.”

Sheriff Derrick McIntyre ordered Cassidy to do 160 hours of unpaid work and put him on the Sex Offenders’ Register for three years.

He told him: “You have pled guilty to having in your possession indecent images of young teenagers in their pre-teens.

“But as I understand it you hadn’t downloaded them, you merely looked at them.

“These are not victimless crimes.

“If it wasn’t for people viewing the images like you did, then maybe they wouldn’t exist.

“If you commit offences of this nature again then you can expect a custodial sentence.”