A TINY puppy has been found wrapped in a pink blanket and abandoned in a city subway.

The six-week old pooch was rescued by the Scottish SPCA – who have named her Daisy – from an underpass in Edinburgh.

And now they are trying to find out who dumped the young dog so they can bring them to justice.

A member of the public found Daisy in the underpass at Calder Road in the Sighthill area on Sunday September 6 and called out the animal charity.

The ambulance driver who picked her up said Daisy has been shaken by her ordeal.

Connie O’Neill said: “I took Daisy home with me on Sunday night, fed her and kept a close eye on her.

“She is too young to be away from her mum and cries constantly if she is not being cuddled.

“We took Daisy to the vets on Monday morning to be checked over as she was shaking and had trouble holding herself up.

“For the moment she is stable and we are now caring for her at our Edinburgh and Lothians Animal Rescue and Rehoming Centre.”

This incident is just the latest in a spate of abandonments across the country which has seen Rottweiler puppies being dumped in a bin in Clackmannanshire.

The Scottish SPCA is warning people that anyone who abandons an animal could find themselves in court facing 12 months in prison and a £20,000 fine.

Anyone with information relating to the puppy should contact the Scottish SPCA Animal Helpline: 03000 999 999. 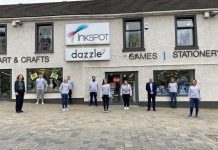 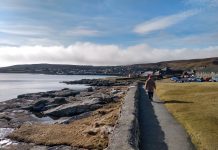 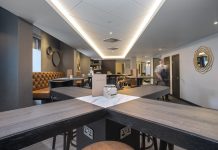