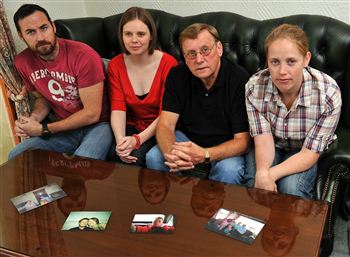 A DISTRAUGHT family has made a desperate plea for their vulnerable son to contact them after he disappeared more than a week ago.

John Boylan, 22, from Whitburn, West Lothian, has been missing since September 2 and was last seen leaving his father’s home in the town.

Relatives gathered at the family home yesterday (Thu) and urged John to let them know he is safe.

Dad Bernard said he was “frantic with worry” after his son, who is described as having learning difficulties, disappeared without contacting him.

John, who lives on his own, left home without taking any money, his wallet and his prized iPod, leaving his family fearing the worst.

Clutching a picture of his son, Bernard, 64, said: “I last saw John about 9pm last Wednesday when he came up to see me. I’m in control of the money he receives and he came up and collected £20.

“I told him we were having a family meal the following day and he promised he would come, but when he failed to show I just knew something was wrong.

“He seemed very well at the time, and nothing seemed out of the ordinary.

“It’s usual for us not to see him for a day or two, but never more than that.

“When I went down to his house and got no reply, I used my key to go in and noticed the cash I gave him was still in his wallet and his iPod was still there, which is unusual because he carries it everywhere with him.

“He’s a very keen walker and sometimes goes as far as West Calder and Livingston, but nobody we’ve been in contact with has seen him around.

“We believe there has been a sighting of him at a shop in Whitburn two days after he went missing, but that is still unconfirmed. 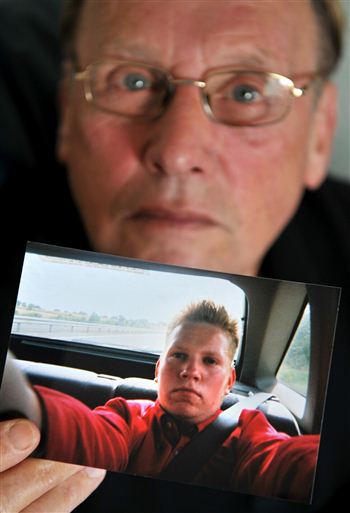 “The whole family has been scouring the area every night looking for him and we have all been frantic with worry.”

“John has learning difficulties and cannot read or write and is always hiding his feelings, so it’s difficult to know what has happened to him.

“We are all desperate for him to come home, and if he is reading this all I can say please get in touch even if it is to let us know he is safe and well.

“That’s all we ask at the moment.”

The family, including John’s brother Colin MacLachlan, 35, and sisters Jane, 25 and Sarah Boylan, 24, have been visiting areas they know John frequented every night in a desperate attempt to spot their sibling.

Colin said: “John has quite a recognisable gait and he would stand out from the crowd. He doesn’t have the confidence to mix well with big crowds and the only thing he has taken away with him is his passport.

“We’ve been out looking for him every night in places such as the routes he takes while out walking and all the industrial estates around here, but, so far, we haven’t seen a thing.

“We’ve also been passing his photo around all the shops in the area in the small hope someone recognises him. We just want him home.”

Sister Jane also made an impassioned plea for her brother to contact anyone in the family.

She said: “I’d just like to say that if John is worried about being in trouble, please don’t be. Nobody is angry with him and if he has gone out walking and got lost he should just contact the nearest police station.

“All we want is his safe return.”

John is described as white, 5ft 7ins tall with a medium build and short fair hair. He is clean-shaven and speaks with a slight speech impediment. 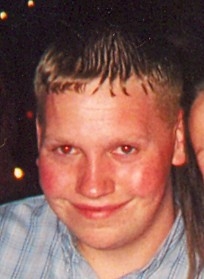 A spokesman for Lothian and Borders Police said: ”Mr Boylan lives alone and is someone who normally keeps in regular contact with his family. The fact that he has not been in touch is out of character.

“He is a keen walker and has been known to walk as far as West Calder on occasions.

“Mr Boylan is originally from Woolfords in Lanarkshire where he resided until his late teens before moving to Motherwell for 18 months.

“It is unclear at this stage if he still has friends in those areas and we are asking for any person who has been in contact with Mr Boylan since 5th September to contact police immediately.”

Anyone with information was asked to contact Livingston Police Station on 01506 431200 or their nearest police station.