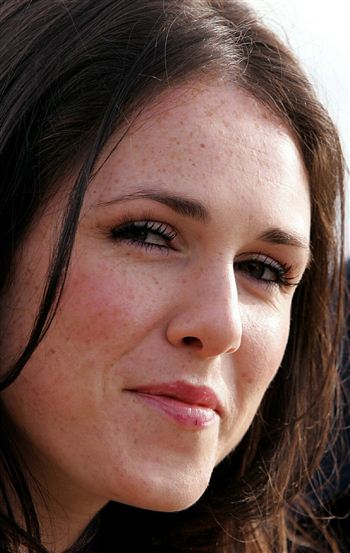 SCOTS rocker Sandi Thom has been left devastated after her favourite guitar was stolen.

The Wish I Was a Punk Rocker singer-songwriter has been frantically calling friends and family to see if she has left it anywhere, but after an unsuccessful search is now convinced the 12-string Duesenberg has been nicked.

Sandi’s mum Josephine admitted her daughter is “frantic with worry” about losing the prized guitar, which she has owned for around six years.

The stunning black-and-white instrument is seen on the cover of Sandi’s second album, The Pink and the Lily, and Sandi revealed her distress over the theft in a Twitter entry yesterday. (Wed)

Mrs Thom said: “Sandi is absolutely frantic with worry about the guitar. She has been calling friends and family asking if she had mislaid it anywhere, but is now convinced someone has stolen it.

“I’m still not so sure about that and I’m holding out hope it will still turn up somewhere. But Sandi’s got it into her head it’s gone forever – she can’t think straight because of the worry.

“I think only a musician will know what she is going through. It’s her favourite electric guitar and she’s so proud of it it appears on the cover of her second album.”

Sandi, who celebrated her 28th birthday last month, has taken to playing lead guitar while playing live and the guitar features on many of her recordings.

The Macduff-born singer is currently choosing the tracks for her third album from around 40 tracks she has written since the turn of the year, and is looking forward to appearing on stage with the newly-reformed Beautiful South in the next couple of months.

Earlier this year the Homecoming Scotland star was left in tears after the death of her beloved cat, Toots. It is believed a local farmer was responsible but as yet no charges have been brought.