Jobs may go in Berwick 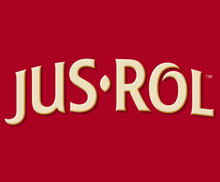 MORE jobs could go as another big name company considers scaling back their operations.

With 412 employees, Jus-Rol has been the largest employer in Berwick since 100 new jobs were created there three years ago.

But because of a lull in the frozen pastry market, the company behind the brand – General Mills – say they are considering down-sizing the plant.

A spokesman said that they would try a range of cost-saving measures before resorting to redundancies.

But they warned: “General Mills Berwick Ltd (Jus-Rol) has announced to its workforce and union representatives that it will be entering into an official period of 30-day consultation to realign its business.

“One of the resulting options may involve a relatively small number of redundancies.

“This period of consultation will commence in early September, involve representatives of all affected employees and include regular communications to all employees.

“In recent years, our Jus-Rol business has consistently grown each year and remains strong despite a very challenging market place.

“However, in this period of persistent recession, sales have fallen slightly below forecast and that has led to higher stock levels with no apparent prospect of a sales upturn in the foreseeable future.

“We are now forced to consider how best to reduce production output in line with projected future sales levels.”

But despite their promises to minimise redundancies, politicians are worried about the effect it will have on the local economy.

Sir Alan Beith, Liberal Democrat MP for Berwick upon Tweed, said: “Any redundancies at the Jus-Rol plant are worrying.

“But the most important thing is for the factory to remain viable and to continue as a major source of employment and quality food producer in Berwick.”

The Jus-Rol puff pastry became famous in the 1950s after launching its first easy use product, and since expanded to manufacture shortcrust and filo pastry, pastry cases, sausage rolls and sweet deserts.

They specialise in the frozen section of the market but have suffered from the increased popularity of fresh pastry products.

Man, 42, dies in crash between car and lorry in North Ayrshire