Man cleared in court after water fight with stepson 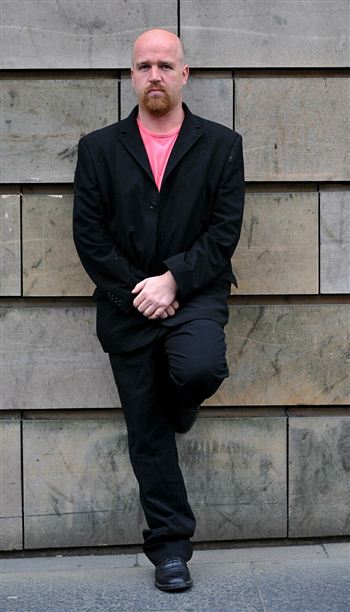 A MAN has hit-out after being taken to court – for having a water-fight with his step-son.

Murray Kerr, 37, was charged with the alleged ill-treatment of 12-year-old Jordan Cairns after two neighbours saw him pouring water over the lad outside his Edinburgh home.

And despite Jordan’s mum Suzanne Young insisting he had done nothing wrong, officials banned him from seeing the boy for six months until the case ended yesterday with a not proven decision.

Police had charged him with wilful ill-treatment after two neighbours – Patricia Ann, 47, and Kerry Ann Thomson, 28, – complained that they had seen the boy become upset during what Mr Kerr insisted was a game.

They told the court that the boy had been locked on a balcony at the family’s Barn Park Crescent flat in Edinburgh on April 12 this year.

The mother and daughter said the boy was “hysterical and crying” after Mr Kerr threw two buckets of water over him.

They also said he was begging to be allowed back into the flat.

Depute Fiscal Karen Rollins told Edinburgh Sheriff Court how one of the witnesses, Kerry Ann Thomson, told of her alarm.

The prosecutor said: “The incident went on for about 10 minutes and during that time the boy was hysterical, he was crying and he was asking to be let in.

It later emerged the witnesses never actually reported the incident to police until a week later.

Defence lawyer Eddie Wilson said: “If these witnesses had been so alarmed and so concerned by these things, would not any reasonable person have reported that to the police immediately.”

Sheriff Fiona Reith QC said she was not satisfied Mr Kerr had done anything wrong.

She said: “I do not think there was sufficient evidence to support that Mr Kerr did lock the boy on the balcony.

“In all the circumstances I’m not satisfied that the Crown have proven the charge beyond reasonable doubt.”

Following his acquittal the shocked out-of-work window cleaner blasted the decision to prosecute him in the first place.

And he claims that the neighbours were simply targeting him over other fall-outs.

“But it was a waste of tax-payers’ money dragging me through the court system for a water fight.

“I tried to explain that to the police at the time.”

He insisted he would do nothing that would endanger the boy to whom he has been a surrogate father to for five years.

He said: “It was just a water fight, nothing else – we used to have them all the time and he loved it.

“I love Jordan and I would never do anything to hurt him – I love him to bits.

“I have not been allowed to see him since April.

“It has been terrible.

“I have basically been his dad for five years and I have been told he is as upset about it as I am.”

“It has been a very stressful period and it is all the more upsetting that it is over something so silly.”

Jordan’s mother, Suzanne Young, 34, added: “Murray has been there for Jordan and stuck with him through thick and thin.

“I thought it was really ridiculous that he was charged. The authorities should be charging people who do serious things.

“It has been difficult for Jordan to understand that Murray can’t speak to him as he has learning difficulties and has been quite upset.

“I will be telling him tonight that Murray can see him again and I’m sure he will be delighted.”

Last night Lothian and Borders Police said they had acted in good faith.

A force spokesman said: “In this case there was a clear allegation of ill-treatment made by two third-party witnesses who spoke of the alleged victim being in a visibly distressed state.

“A report was thereafter submitted to the Procurator Fiscal, who is ultimately responsible for deciding whether to prosecute.”