A DOZY drug dealer was caught throwing heroin and mobile phones over a prison wall for inmates – after lobbing a fresh orange over too “as an afterthought.” 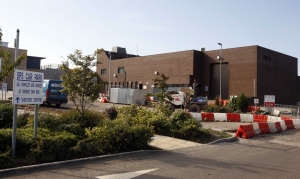 Unfortunately for David Hyland, 25, the fruit almost hit a prison guard who in turn alerted police who raced to the scene.

Hyland tried to escape on a bicycle, only to find himself cornered in a nearby street.

In a bid to get away, he peddled the bike directly at a female police officer before leaping off and launching it at her.

And although the bike slammed into her body, desperate Hyland was captured by other officers.

Hyland was jailed for two years today (Tuesday) at Edinburgh Sheriff Court for supplying the class-A drug and assaulting the WPC.

Court heard how he had emptied the fruit’s mesh bag and loaded it with three phones and four wraps of diamorphine – which were worth £70 at street value, but double the amount inside prison.

He claimed he was trying to help his brother who was being held inside Edinburgh Prison to get his fix because he was “severely addicted” to the drug. 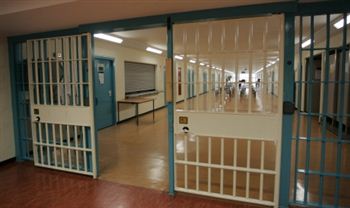 And while Hyland said the phones were also for his brother, Sheriff James Scott pointed out: “You don’t need three phones to phone your mammy.”

Fiscal Depute John Kirk told the court: “Shortly before 8pm on June 24 prison staff became aware that he had been seen throwing packages into the secure ground of HMP Edinburgh.

“The packages were seen by prison staff and while they were doing that an orange came over the wall and landed close to one of the officers.

“CCTV cameras were trained on the incident and Hyland and another man were seen on the outside of the prison.

“I am told that oranges are often used for introducing SIM cards but not in this occasion.

“It was a particularly stupid act on the part of Hyland, given he has previous convictions.”

His defence lawyer Vincent Belmonte said: “It was an act of charity on his part, but an act of criminality as far as the wider public is concerned.

“The orange was I think an afterthought having wrapped in the mesh used to throw the package.

“His brother was in prison and severely addicted to heroin.

“As a result he made contact with Mr Hyland saying he was suffering very bad withdrawal.

“It had been hoped these packages could help him to contact relatives. Had it not been a close relative, he wouldn’t have done it at all.”

His sentence was back-dated to his arrest in June.