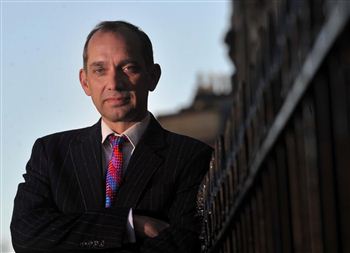 BOSSES at Homecoming Scotland altered minutes of important meetings and destroyed an email account in a bid to discredit a high-flying PR manager, a tribunal heard yesterday.

Richard Saville-Smith, from Edinburgh, claims management at VisitScotland – the public body in charge of the year-long Homecoming celebrations – doctored evidence of his workload.

The 48-year-old PR expert was employed to mastermind the Homecoming campaign in June 2008, but was effectively sacked from the £40,000 position for being incompetent just seven weeks later.

Mr Saville-Smith is claiming an increased workload and a lack of management support led him to suffer an episode of manic depression, in which he spent four weeks in a secure unit.

But the three-man employment tribunal panel heard evidence that Mr Saville-Smith had plenty of support from his team and he did not fit in with the organisation.

Giving evidence, Mr Saville-Smith said: “I’ve consistently asked for access to my electronic diary and my email account, to demonstrate my workload and my commitments to the Homecoming Scotland project.

“But I’ve been told those documents have been deleted and that they are not available to me.

“But VisitScotland is a large public body with a quality and highly sophisticated computer system in place.

“I find the notion that all of my emails and documents have been destroyed as incredible.

VisitScotland maintain that all staff email accounts are automatically deleted when the member of staff leaves the position.

Mr Saville-Smith also highlighted the fact that handwritten minutes of meetings he held with the management of Homecoming Scotland to discuss his problems were vastly different from his recollections.

In defence of VisitScotland’s position, Mr Brown said: “The respondent’s position is that the email system has been deleted and I don’t believe these emails are of any relevance to this tribunal.

“As for the electronic diary, if the claimant wants to make comment on that, so be it.”

Failed to fit in with organisation

Mr Saville-Smith claims his workload increased considerably when he initiated the idea of a record-breaking worldwide Burns supper and that he needed extra staff resources to help him cope.

But Mr Brown said that there was plenty of staff support for the PR manager from existing team members and that he “failed to fit in with the organisation”.

He said: “There was a whole team of people in place to help and support each other, but you’re implying you were effectively abandoned.

“The Burns Supper plan was already in place before you arrived and in reality it was a small part of your job.

“My impression is that you believed VisitScotland is incapable of running an event of this size, but that you are.

“In reality, you thought you were better than them.”

Mr Saville-Smith is claiming unfair dismissal from his position as PR manager of Year of Homecoming on the grounds of disability legislation and is claiming around £50,000 in unpaid wages and damages.