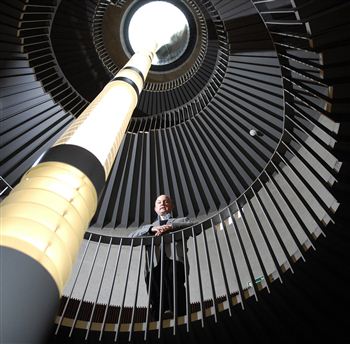 THESE are the first stunning pictures of the lavish new Usher Hall in Edinburgh after £25million of investment in the 95-year-old building.

The top music and performance venue has been under various stages of renovation since 2000, and according to bosses is all set for the new season.

The new revamped venue includes a whole new wing with a bar and café, along with a hospitality area, box office, new lift system and upgraded acoustics.

It also includes a dedicated education area for learning programmes, with a workshop for children based in the heart of the building.

The hall will also welcome back Royal Scottish National Orchestra in time for the busy classical music season, beginning in October.Karl Chapman, General Manager of the Usher Hall, said: “The music is well and truly back at the Usher Hall.

“We had a fantastic Festival season and concertgoers and performers were blown away by the transformation of the Hall.

“Now we’re full steam ahead for a packed autumn programme, with Billy Connolly’s six-gig run starting tomorrow and a host of other top international acts lining up to follow in his footsteps.

“We’re also welcoming, Tim Minchin, a rising star in the comedy scene appearing here and the orchestra will be back after being in temporary accommodation elsewhere, which has been one of our main aims.” 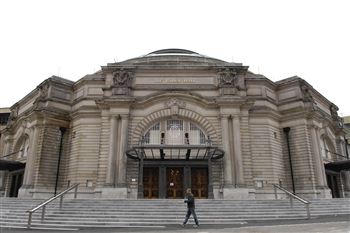 Councillor Deidre Brock, Culture Convenor at Edinburgh Council, added: “The Usher Hall is shaping up to be a truly world class music venue for the 21st century.

“It will host more than 200 concerts and shows a year, with a brilliant line-up of acts for the forthcoming autumn season.

“We are looking forward to opening the new wing, presently, work is ongoing on this section, continuing to completion in the autumn.”

The Usher Hall has been one of Scotland’s most famous entertainment venues since it was completed in 1914, costing a total of just £134,000 to build.