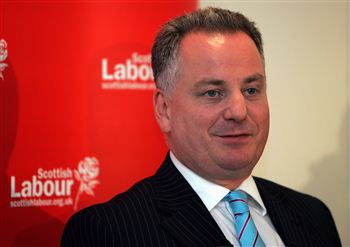 Mr McConnell made 11 visits to foreign shores including Washington, Tokyo and Ethiopia after being given the job in October last year.

He has also attended New York THREE times on official business since December, according to figures released by the Foreign Office.

The cost – £36,560 – of the visits has been criticised following revelations that he has one of the worst attendance records at Holyrood.

Now his international duties have prompted calls for him to stop “taking voters for granted” and pay more attention to domestic jobs.Mr McConnell was appointed peace envoy by Gordon Brown in October last year and has embarked on a whirlwind tour of the world lobbying for the UK.

In December he travelled to the UN in New York as well as visiting Cyprus and Brussels. February saw him visit Sarajevo and Ethiopia while in March he travelled to Uganda.

The Motherwell and Wishaw MSP was back in New York in April and also went to Washington before returning to New York in June following work in Japan.

He also visited Brazil and Malawi – where he was expected to become British High Commissioner before his peace envoy appointment – in July.

A spokeswoman for the Foreign Office said: “Between October 2008 and the end of July 2009, all travel and accommodation costs for Mr McConnell’s duty visits overseas totalled approximately £35,650.”

During that time, Mr McConnell’s ropey parliament attendance has come under increased pressure and in July he faced calls to quit as an MSP.

It was revealed that between 2007 and 2009 he failed to vote in almost a fifth of debates and submitted an average of just one written question per fortnight – despite collecting £94,000 in MSP salary and First Minister pension as well as expenses.

Mr Gibson said: “It just reflects the complacency Labour has towards Scotland and how they think they can take the voters for granted.”

A spokesman for Labour said: “Mr McConnell works hard on behalf of his constituents just as he works hard in his role as the Prime Minister’s peace-building envoy.”