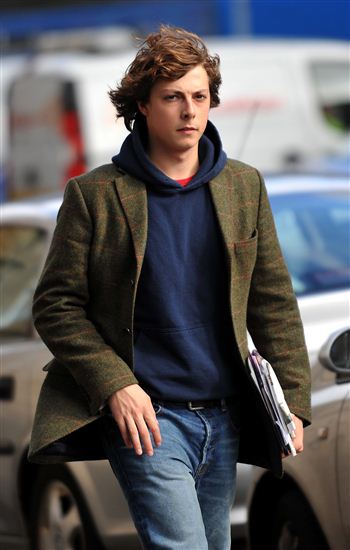 A TOP Tory toff was given both barrels by police after drunkenly climbing up scaffolding and disturbing residents.

Shamed Joe Cawley, 20, – the current Chairman of Edinburgh University’s Conservative and Unionist Association – was out boozing with pals at posh party in the city’s New Town before scrambling up the scaffold.

The 3rd year philosophy student – who enjoys hunting and once campaigned for Watford Tory candidate Richard Harrington – was caught by police in Northumberland Place on Thursday around 3am.

He and another 21-year-old man, who hasn’t been named, were stopped by police who ordered them to climb back down.

They were detained at the scene for breach of the peace and issued with an immediate £40 on the spot fine.

Embarrassed Cawley – whose drunken antics will also be detailed in this week’s university newspaper Student – issued a grovelling apology. 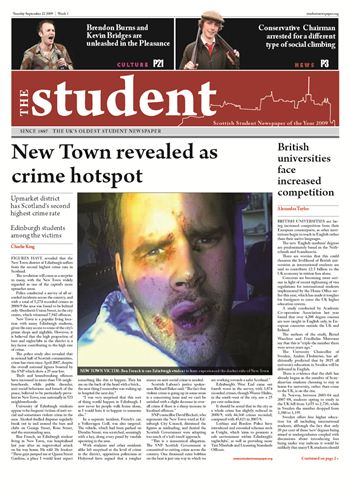 But he insisted he won’t yield his position as the young Tory chair unless party leader David Cameron calls him up personally.

He said: “I deeply regret the incident, it reflects badly on myself and the association.

“It has wasted police time and resources and I cannot apologise enough.

“I like to think we all make mistakes in our time and I hope that this won’t affect my work with the Conservative Party,

“I’ll stay in the post unless Central Office say otherwise.

“I have no plans to leave the post at the moment – short of David Cameron calling up and telling me to leave.”

He added: “There was just a ladder outside the flat and I just climbed up – I went up the scaffolding and was almost certainly being too loud.

“I imagine the police turned up at the request of one of the local residents.

“They asked us to come down and we did, and we were given the fine.”

A spokesman for Lothian and Borders police confirmed the incident had taken place early on Thursday morning.

He said: “At around 3am two men aged 21 and 20 were issued with a fixed penalty notice following a breach of the peace in Northumberland Place.”