A GARAGE boss stole £20,000 from the station’s tills – then gambled it all away in a failed bid to pay off her debts. 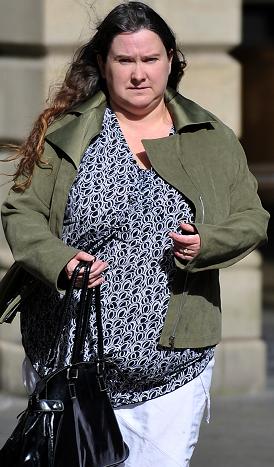 Irene Pow tried to take advantage by trying to fiddle with the books and kept three days of takings when one of the Shell garages she managed was closed for refurbishment.

But the 45 year-old’s boss noticed the discrepancies in the balance sheet and confronted her.

She admitted taking the cash and was suspended from the filling station near Edinburgh on the spot.

Yesterday (Tues) Pow pleaded guilty to embezzling the cash from Shell Garage in her home town of Newtongrange, Midlothian.

She will be sentenced next month.

She was trying to pay the cash back at £400 per-month.

And she began to help herself to cash from her own workplace – a garage run as a franchise by Anastar Ltd.

“At the end of May, the franchise owner Alistair Campbell noticed there were discrepancies on the balance sheet.

“He asked Miss Pow about this and she admitted she had gambled the money in an effort to repay the money she had borrowed.

“She was suspended immediately.”

She told them: “There’s no money there anymore.”

Mr Drugan added: “She confirmed nobody else would have been aware of her taking the money.”

Nothing was said on Pow’s behalf, as Sheriff Nigel Morrison deferred sentence for background reports.