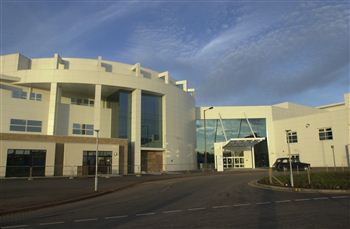 A MAJOR Scots hospital is having to turn offices into wards to cope with the level of demand for beds.

Edinburgh Royal Infirmary is to scrap their administrative offices at Little France in the south of Edinburgh and turn them into wards to handle the increasing number of patients.

Hospital bosses are hoping that the 50 new beds with help to deal with the “increasing demand” that the hospital faces.

The hospital has already had to keep their special winter ward – used to handle the number of elderly people affected by illness during the cold months – open all year.

The Royal Edinburgh psychiatric hospital will also expand into current offices, to make more space for patients.It is believed that administration teams from both sites are now likely to shift to a new city centre base.

The Edinburgh Royal Infirmary opened in 2003 after the building was completed for £190million – despite having 150 beds fewer than the previous building on Lauriston Place at the heart of the city’s Old Town.

Critics said that it was clear that the shortage of space at the new hospital would be a problem at some point.

Tom Waterson, Chairman of the Lothian Branch of Unison, said: “It was made very clear at the time there wouldn’t be enough beds – we held a conference on it and people even resigned over it.

“The reduction in beds relied on a lot of things falling into place that didn’t.

“It is a welcome move – it’s just a shame it’s taken this time.”

James McCaffery, chief operating officer of NHS Lothian, said: “Over the next few years we have a series of projects planned to create better and more modern facilities for patients.

“Because of the increasing demand for our services, we want to increase the space available for patient care at the ERI.

“And by taking advantage of low rental prices, bringing more of our office activities together and introducing other efficiency measures, we estimate that we can save £3.57million.