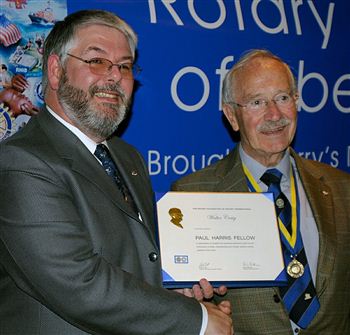 A SCOT who helped raise cash for a much-needed medical research centre has left almost £2.5 million in his will.

Walter Craig was a leading member of the Abertay Rotary Club and carried out a huge fundraising campaign to help finance the skin tissue culture laboratory at Ninewells Hospital in Dundee.

Mr Craig, who was a retired jute mill manager, passed away on March 25, 2009, aged 83, and the generous Dundonian has left almost his entire estate to worthy causes.

His final bequest of £2,465,567.20 is largely made up of cash and shares, and the wealthy philanthropist has left over hundreds of thousands of pounds to a number of charities which were close to his heart.

The most noteworthy entry in his final will is the creation of a Charitable Trust for the “public benefit and general welfare of the residents of the Tayside area” which will receive almost £2 million.

Walter Morris Craig was born on June 21, 1925 and was educated at Morgan Academy, Dundee.

He served his country during the Second World War as a navigator meteorologist flying the huge Halifax aircraft out of Gibraltar.

And after the war he kept in touch with his comrades and regularly attended the small reunions accompanied by his wife Shiela.

Mr Craig then joined the mill furnishing firm of Hugh G Fyfe and soon worked his way up to take overall charge of the company supplying goods to mills throughout Britain and the continent.

Outside his business life Mr Craig was a keen sportsman, excelling at tennis and curling. He joined the Rotary association in 1985 and became president of the Abertay branch in 1991.

And in recognition of his fundraising and service to the Rotary he was bestowed with the greatest worldwide award available to a Rotarian, the Paul Harris Award.

Mr Craig has gifted £20,000 to the Ninewells Cancer Campaign and to the University of Dundee’s Institute for Cardiovascular Research, along with £12,000 to the British Red Cross Society and £5,000 each to the Royal Air Force Association and St Andrews Parish Church in Dundee,

A veteran of the Abertay Rotary Club, Mr Craig has also bequeathed the charity-raising association the sum of £50,000.

And the kind-hearted Rotarian has also bequeathed £3,000 to his physiotherapist, Kerri Allan, for “her cheerfulness and encouragement while attempting to keep me fit and free from pain”.

The research centre at Ninewells Hospital was opened on November 27, 2007, and, with the help of members of the Abertay Rotary Club, Mr Craig’s fundraising initiatives earned enough to pay for the new facility.

The laboratory has been named the Walter Craig Tissue Culture Facility and Mr Craig was given the honour of opening the centre.

At the time of the unveiling, Professor Jill Belch said: “We are pleased indeed to be opening this facility thanks to the generosity of Mr Craig.

“Mr Craig has supported this institute for many years, and we are lucky to have this major contribution.

“Hopefully this will allow study of tissue and its growth to increase our knowledge about tissue repair, and will impact on the care of patients with heart and blood vessel disease.”

And Shirley Millar, Macmillan Cancer Support area fundraising manager for the east of Scotland, said: “Walter supported Macmillan for a number of years and I was sorry to hear he had died.

“Macmillan relies on the generosity of the public to fund our services. Indeed, gifts left in wills help fund more than a third of our services – we simply couldn’t do what we do without them. That’s why Walter’s legacy is so important.

“While it is too early to say exactly where Walter’s donation will be spent, we have a number of services in the Tayside area that support people affected by cancer.

“Across Tayside, we are establishing a financial advice service that is set to secure millions in unclaimed benefits for cancer patients and their families. In Dundee, we are funding a specialist skin care service. We also fund specialist nurses in the area.”

Mr Craig’s wife Shiela predeceased him by six years, and it was on the same date in March that they passed away.