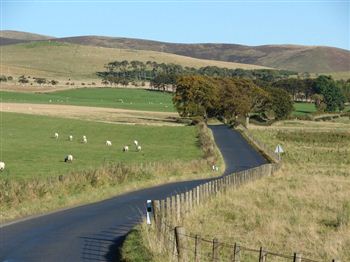 SCOTS who live in rural areas are healthier, live longer and earn well over £3000 per year more than those dwelling in cities, new figures show.

A study by the Scottish Government probing the rural and urban divide reveals the countryside offers a significantly higher standard of living across the board.

Fewer people are “income-deprived” in rural areas, better educated overall and much less likely to have experienced neighbourhood problems, such as drink and drugs abuse.

As a result the Scottish rural population – which is just under one fifth of the total population – has grown significantly, by 8.5 per cent between 2001 and 2007.

Life expectancy for males living in rural areas is 77 – two and a half years longer than those living in urban areas.

And women’s life expectancy is a year longer in rural areas than towns and cities.

Professor Jim Hunter, a historian at the University of the Highlands and Islands, said more people were moving to the idyllic Highlands in record numbers.

He said: “We are seeing population growth and increasing amounts of economic activity in the countryside.

“People in the rest of Scotland have not cottoned on to the fact that for the first time in centuries more people are moving into the Highlands than are moving out.”

The Government study found that relatively few rural dwellers smoke, compared to urbanites – of which a huge 26 per cent have a cigarette habit.

Twice the number of people living in towns and cities – around 15 per cent – were classed as “income-deprived” compared to 8 per cent of those living in rural areas.

The study also found that there were 20 per cent fewer emergency admissions to hospital in than in urban areas.

And despite the accessibility of schools and colleges in cities, 13 per cent of people living in towns and cities have no educational qualifications at all.

The figure for rural areas was fewer than ten per cent.

The number of rural residents who had experienced drunken rowdiness in rural areas was a fraction of the 18 per cent who had in the city of town they lived in.

The study was released as the Scottish Government increased the rate of funding available for rural development projects from 50 per cent to 90 per cent.

It is estimated that small businesses, green energy projects and community schemes will benefit.

Environment Secretary Richard Lochhead said increased funding will help to combat the effects of the recession and make-up for other rural grants that have been reduced.