A CAMPING shop worker stole over £18,000 of mountaineering gear before selling it on eBay. 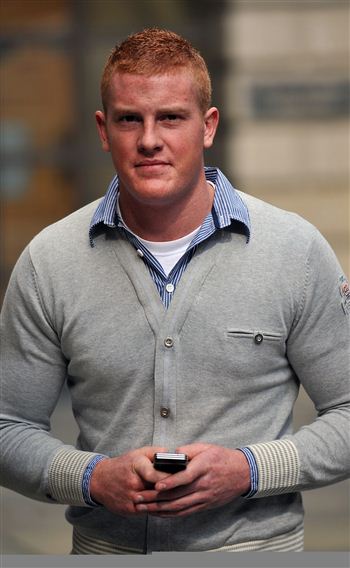 But police said it was “easy” to catch dozy Andrew Pringle because he made buyers on the internet auction site pay directly to his personal bankcard.

The 22 year-old sneaked equipment out of the warehouse of the Tiso shop in Edinburgh where he worked.

The firm’s Commercial Street store in Edinburgh lost on out on an estimated £36,400 of potential income from the goods, had they been sold at the recommended retail prices.

But it took shop bosses over a year to realise the gear had gone missing and that one of their own staff members was the culprit.

Police contacted eBay and PayPal, and Pringle was charged with theft, which he admitted at Edinburgh Sheriff Court yesterday (Tuesday).

Fiscal depute Melanie Ward said: “He worked at the Commercial Street premises which included the shop and the warehouse for all of the branches of Tiso in Scotland and Northern Ireland.

“In June one of the security directors spotted that there seemed to be items of a specialised nature being offered from a seller based in Edinburgh under the names “Climbing-2007” and “Nevis-2006.”

“There were concerns that items from their own stock were being sold by these sellers.”

A stock check showed that the gear on sale matched those missing from the warehouse, so police launched an investigation.

“It transpired that “Climbing-2007” and “Nevis-2006” were one and the same person – Andrew Pringle – and that money was going into his bank account.

“It was fairly easy to trace him because he used his own bank account.

Mitigation on Pringle’s behalf was reserved until next month, when he will be sentenced.

Sheriff Kenneth McIntyre commented: “This involves a position of trust, so I will require background reports.”