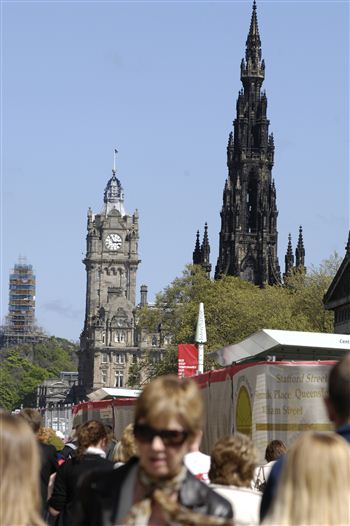 THE Scots housing market could see a boom in affordable homes as housing associations are snapping up cheap land left undeveloped in the property slump.

Sites that were previously abandoned by private builders have been acquired in a cheap land grab, meaning that the number of new houses coming onto the market could treble.

One Edinburgh firm, Dunedin Canmore Group, said it will build three times the homes it expected it would this year because the land has become affordable.

The not-for-profit group will receive £15million in loans from the Royal Bank of Scotland, which will be matched with £15million from the Scottish Government, to fund the expansion.

Ewan Fraser, chief executive at Dunedin Canmore said that the firm would complete around 300 houses every year for the next three years.He said: “With the slowdown in the private sector, the land has become available to us, which has allowed us to increase our programme.

“We’re getting more space on other sites and more quickly.

“In Corstorphine we were asked to do extra on a Persimmon site we were already involved in, if we were in a position to do it.

“And we’ve now got the funds to do it – we have the private financing in place.”

One of Dunedin Canmore’s sites at Fountainbridge was bought from Glasgow building firm Mactaggart & Mickel, who ditched their plan to develop on the site.

Another site was bought from a builder in Saughton, who had also had cancelled plans to develop in the area of the city.

Regulations by the Scottish Government ensure that at least a quarter of new housing developments must be affordable housing.

But some builders are ensuring that a higher proportion of their sites contain affordable housing, because of the lack of interest in higher priced private sector homes.

The result will mean that far more affordable houses will be on the market in the next few years.

Ian Sillars, director of housing finance at the Royal Bank said that would lend to housing associations like Dunedin Canmore because the industry had a good credit record.

The news comes as figures from mortgage lender Nationwide show that house prices in Scotland’s are recovering faster than elsewhere in the UK.

The average house price in Scotland is just one per cent lower than this time last year and average value of a house rose by 3.4 per cent in the three months alone.

Simon Reddit, managing director of Edinburgh property firm Rettie & Co said that there has been noticeable renewed interest in the housing market.

He said: “People are starting to pop their heads over the parapet again.

“Sale are definitely exceeding our expectation and we have seen a return to confidence among some buyers particularly those buying in the £400,000 – £800,000 bracket.”

However Scotland is currently trailing behind the Northern Irish market, which saw a huge 9.7 per cent increase in the average value of houses in the last three months alone.