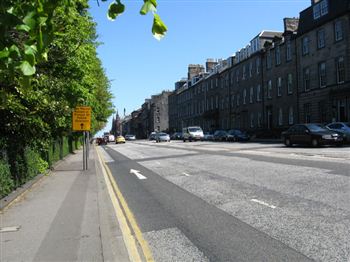 A LUXURY nursery business has failed after its boss paid herself an “inappropriate” salary, according to liquidators assessing the firm.

Prime Time Nurseries in Edinburgh – run by former fund manager Monica Langa – was put into liquidation by HM Revenue & Customs after owing hundreds of thousands of pounds in tax and bank loans.

Nursery boss Langa has denied claims she took too large a salary and blamed her bank for her financial problems.

The business, which is still open and seeking a new owner, had recently unveiled ambitious plans for a “super nursery” to house 120 children at the Maxim business park off the M8 in Lanarkshire, despite crippling debts.

The £228 per week nursery houses the children of the wealthiest lawyers and executives in Edinburgh, and is based in a Grade A-listed Georgian townhouse on Queen Street, overlooking the city’s prosperous New Town.It had private doctors available on-call, as well as a dentist and a hairdresser for the tots.

The business boasted a £700,000 turnover but hidden debts crippled the company, which was first set up in 2002.

Before founding the luxury nursery – which housed a business centre for parents to use – Monica Langa worked as a director at fund management firm Bell Lawrie, as well as with Aberdeen Asset Management and Singer & Friedlander Investment Management.

Matt Henderson at accountants Johnston Carmichael said: “The management costs were inappropriate for the business.”

But Langa has denied paying herself an “inappropriate” salary, saying: “For the first five years I didn’t take a penny in salary.

“My salary was commensurate with the salary of a director of a company.

“I also had £300,000 of business loans of my own money that I had to put into the company which I am now not going to get back.

“I am distraught – this business has been my life for the past 10 years.”

She added that her bank withdrawing her £50,000 overdraft facility left her unable to pay the bills.

Langa, who also used to work for Edinburgh Trams firm Tie, used a £650,000 bank loan and hundreds of thousands of pounds of savings to buy the five-storey Queen Street property.

Matt Henderson said that several nurseries had already showed an interest in taking over the business.

He said: “I am hopeful we will find a buyer – the company was not suffering from a downturn in trading.

“Even in liquidation we are still getting people phoning up asking to put their children into the nursery – there is no shortage of potential applicants.”