UNDER pressure teachers claim they are doubling up as cleaners because of a massive shortage of Mrs Mops in schools.

City of Edinburgh Council admits there are around 130 vacancies for cleaners – accounting for 10 per cent of agency posts currently unfilled.

And with Swine Flu already on the up, fears are now growing that a lack of hygiene could put hundreds more young pupils at risk. 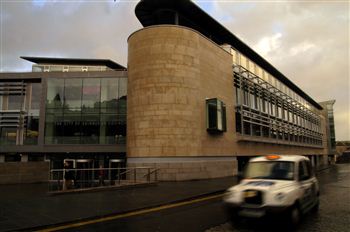 Worried councillor Ewan Aitken – who represents schools in Craigentinny and Duddingston – said he had already received complaints from staff.

He said: “I’m being told by teachers at some schools that they have to clean the classrooms themselves.

“At times janitors have to do it. The cleaners who do come in are working very hard – but there’s just not enough of them.

“They have been told to do the toilets – so they are not able to do classrooms.

“Once again it is the people on the frontline who are suffering.”

His claims were backed up by one secondary school teacher in Edinburgh said staff were worried what the knock on effect could be.

They said: “Wiping down desks doesn’t happen and we do an awful lot of that ourselves.

“Every class has some kind of disinfectant spray because of swine flu and that cleaners should be using that too – but I don’t think they are.

“Emptying bins is always done – but they don’t get round to vacuuming and things like that.”

EIS Edinburgh branch secretary Colin Mackay said it should not fall to their members to have to pick up the pieces for shortages elsewhere.

He added: “There have been a number of schools who have contacted me with concerns about the standard of cleaning that has been going on.”

“But anyone who is in a work environment that is below par will do what they can to maintain it.”

One cleaner – speaking anonymously – said they were angry at the workload and demanded that something be done.

They said: “The parents need to know what’s going on – it’s privatisation by the back door.

“At the weekends they are having to fork out overtime because they can’t do it all during the week.”

City council leaders said the issue had been raised with its contractors – Blue Arrow – but admitted they were concerned.

Education chief Councillor Marilyne MacLaren said: “The situation is not acceptable and is continuing to worsen.

“Some of our own employees are working overtime to cover these vacancies and we appreciate their commitment to the schools.

“I have been assured that Blue Arrow are working hard to resolve the situation and I look forward to seeing progress.”

Blue Arrow were not immediately available for comment when contacted.