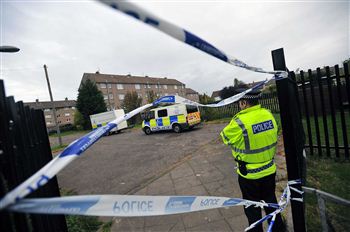 A MAN is expected to appear in court tomorrow (Weds) after police investigating the disappearance of missing Stevenage girl Samantha Wright found human remains at a house in Edinburgh.

Robert Chalmers, 57, will appear at Edinburgh Sheriff Court on Wednesday following a police operation at a flat in the city’s Magdalene Drive in the early hours of Monday morning.

The remains – feared to be that of Samantha – come following an extensive search for the 25-year old who was last seen in the capital on June 12 last year as she made her way home from a Jobcentre in High Riggs.

Samantha, originally from Stevenage in Hertfordshire, had lived in Edinburgh for three and a half years.

She was only reported missing in January this year after her family failed to receive their usual phone call from her on Christmas or her birthday on January 5.

In August Lothian and Borders Police appealed for a man who was captured on CCTV with Samantha in the city centre to come forward, describing it as their “only lead”.

Yesterday two blue and white police tents stood pitched in the back garden of the property where officers are believed to have found the remains on Monday.

The fire brigade had to be called out to cut through a metal railing that separates the garden from the one next to it.

A large wooden canopy and wall was also erected over the neighbouring garden, blocking the view of any investigation that takes place.

Neighbours described hearing drilling and digging in the early hours on this morning as officers dig further into the two gardens.

The ground floor flat is in the middle of a council estate in the city’s Duddingston area.

Attached to the side of Chalmers block is a smaller block of grey pebbled dashed council flats, where the second garden has been sealed off.

A woman who lives on the top floor said that she had been woken up in the middle of the night by drilling in the garden below.

She said: “We’ve not had much sleep. I was woken up at about two in the morning with drilling noises as they dig down into the garden.

“They had a police dog here yesterday as well, checking the whole back green.”

About 30 flats make up the multi-coloured block, with doors opening out onto the balcony that runs along the front.

The residents, mainly young families, were shocked by the discovery.

Avril Brown, 24, has lived on the top floor of the block for the five years with her three small children.

She said: “I’m very surprised that this has happened and really worried about the kids now. To think that something like that can happen around here is worrying.

“Everybody on the balcony knows each other and we all get on. It’s not the sort of place where you expect a body to be found.”

Other residents in the street were equally as shaken by the gruesome discovery.

Kelly Pierson and her partner John were out walking their dog on the busy council estate road.

“You never know what can happen”

Kelly said: “The kids from the flats around here play on the green at the back of the blocks. We can keep an eye on them easily and it’s fenced in so you know they’re safe.

“My wee girl was playing on the green behind that flat the day before the police came round. It’s horrible thinking about what she was playing near.

“We’re going to be a lot more careful with the children now. You never know what can happen.”

Police said they were still investigating the find.

A spokesman for Lothian and Borders Police said: “A 57-year-old man has been arrested and charged in connection with the discovery of human remains at a domestic property in Magdalene Drive, Edinburgh.

“A full forensic examination to identify the remains is being undertaken.

“The man is due to appear at Edinburgh Sheriff Court on Wednesday 14th October.”