A DAD who fears his suicidal daughter could try and kill herself has been dragged to court three times for taking in his distraught child after she fled the residential care home looking after her.

The 38-year-old man, who raised his 15-year-old daughter alone, was arrested for a third time by Lothian and Borders Police after he let his daughter sleep on his sofa when she turned up at the door. 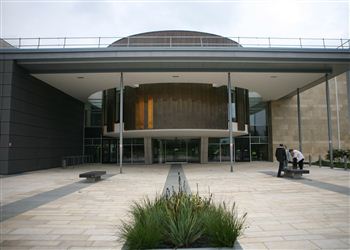 The man said that his daughter would turn-up at his home in the early hours of the morning crying and begging him to let her stay.

He said that he had previously turned her away from his house but the decision “broke his heart” and caused her to attempt suicide.

The youngster told him she “hated” the West Lothian care home where she was being kept and said that if he did not allow her to stay with him she would run away herself.

But – after social workers realised the girl was missing again – police went to her dad’s home where they found her.

Her dad – who cannot be named for fear of identifying his daughter – was arrested for “harbouring” the runaway child at an address in Whitburn.

At Livingston Sheriff Court on Thursday he admitted harbouring a child who had absconded from a care home.

He also pleaded guilty to breaching a court order that he had no contact with his daughter which had been imposed after she had been caught at his home on a previous occasion.

Fiscal depute Julia McLaren had earlier told the court: “The accused daughter is currently in care, on the 13th of October this year at about 4.20am police officers attended his home address.

“The accused allowed police officers to conduct a search of the premises and his daughter was found there.

“The accused was arrested.”

Following the hearing the man – who is also a full-time carer for his elderly mother – said he regretted allowing social workers to take the girl into care.

And he insists that he was put in “an impossible” situation by social workers who refused to return his daughter to him.

He said: “It was only meant to be a support network because I was worried I was going to be remanded but after I was not held in custody the social services kept her with foster parents.

“She was never in any trouble at all and it wasn’t a children’s hearing that referred her to care – it was just me and her and we were worried there was no one else to take care of her.

“But she has got in with troubled people in the unit and they are not the best people for her to be with. She hates it there.

“She keeps coming back to me, I have turned her away before but it breaks my heart to do that and she thinks it means I am letting her down.

“One time after I turned her away I spent three days at her bedside in hospital because she tried to take an overdose.

“The worry and upset of being in there has started her self-harming now too – I am worried sick about her.

“The social work have just got a grip of this and seem to be running with it – even their reports say that my daughter and I have a good relationship.”

The dad said he has had full custody of his daughter since 1994 and her mother has never been involved in her life.

He said he hopes to be reunited with his daughter as soon as possible but believes she may be kept in care until she turns 16 next year.

He added: “If I had known it would have been like this I would never have signed that form – it is one of the biggest regrets of my life.”

She was originally placed in foster care after her dad faced a possible jail sentence for a breach of the peace in 2008 and it was feared there would be no-one to look after her.

Although he was eventually hit with community service, his daughter was never returned to him – despite there being no suggestion that he is an unfit parent.

The ban on seeing his daughter was actually lifted after his latest court appearance and – according to his lawyer – prosecutors are ready to drop the two earlier charges of harbouring her.

Defending, Andrew Aitken said: “Both the matters for which he is on bail are analogous in nature.

“The Crown have indicated that they are not proceeding further in those cases.

“She kept turning up at his house late at night refusing to go back to the home where she was staying. His liability is allowing her to come in and sleep on his sofa.”

Mr Aitken added that social workers were now looking to move the girl to a home in Perthshire to discourage further absconding.

He added: “A father is put in a very difficult position when his 15-year-old daughter appears at his door upset and crying in the hours of darkness and his choice is to turn her away or alert the authorities.”