Scots women should be using Botox 'at age 25' 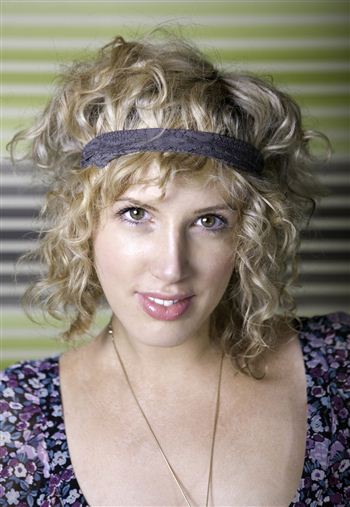 A CELEBRITY make-up artist has claimed Scottish women should start using face-freezing Botox jabs at the age of just 25.

Sadie Jean Sloss – who worked on beauty programmes Britain’s Next Top Model and Make Me a Supermodel UK – said there is “no reason” why people should not be using Botox by their mid-twenties.

Sadie, 27, said “many” women here use the wrinkle-busting injections but most are too ashamed to admit it – despite the “fantastic” results it can get.

Sadie – who now runs a beauty shop in Edinburgh – said: “We have a number of clients who have been delighted after having treatments.

“They tend to be older women who have the treatment for a one-off special occasion or women in their 30s and 40s who are looking to minimise established fine lines and wrinkles.

“But really there’s no reason why women in Scotland shouldn’t follow the lead of those in London, where a large majority have had Botox by the time they are 25.”

Sadie said the jabs make up normal conversation in England and insists women here should embrace the skin-smoothing treatment.

She said: “Botox is a common discussion topic in London. Women there often are very happy to admit to having had Botox as a sign that they are taking care of their looks.

“However, while many women in Scotland have used Botox, they tend to keep it to themselves. The suggestion is that they are too embarrassed to admit to having the treatment so they keep quiet about it.

“That shouldn’t be the case. Botox achieves fantastic results and women in Scotland should feel proud about showing they take such pride in their appearance.

“Stars like supermodel Linda Evangelista and Ugly Betty’s Vanessa William readily attribute Botox to helping them achieve a timeless look, so there’s no reason for women in Scotland to remain in the Botox closet.

Plastic surgeon Mark Butterworth said he also found Scottish women to be embarrassed by the subject but claimed he had several Botox patients on his books – although most were aged between 30 and 40.

Dr Butterworth – who carries out plastic surgery treatments at Livingston’s St John’s Hospital and the Spire Murrayfield Hospital – said: “The majority of my regular Botox clients are in the 30 to 40 age bracket.

“I do also have a number of older women who have Botox as a one off treatment for a special occasion such as reunions and weddings.

“But in general I’ve found the women having these treatments want to look fresh faced but without having to admit to having Botox to achieve the look.

“My personal philosophy is that you shouldn’t be able to tell if a person has had Botox if the treatment is done correctly.

“The procedure is risk free and safe and when carried out skilfully the effect should look completely natural.”