HE IS the potty mouthed award winning Scots chef who has earned a galaxy of coveted Michelin Stars for his fine dining restaurants across the UK – but it seems that Gordon Ramsay’s success laden career is finally toast.

A dinner place at the Chef’s Table at his Maze restaurant in London’s Grosvenor Square may cost £125 per head or £150 at the famed Claridges restaurant.

But his latest contribution to the world of gastronomic excellence is a humble toaster costing £60 for a two sliced model or a crisp £85 to upgrade to the four-sliced option. 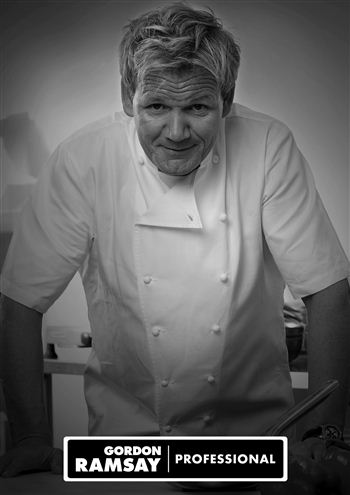 In a slick marketing puff a million miles away from the expletive laden TV shows he has become famous for, customers are told: “Cooking has always been Gordon Ramsay’s passion – and his no-nonsense approach in the kitchen is legendary”.

“This award winning chef knows just what it takes to get those kitchen tasks done quickly and easily.

“Using high quality kitchen appliances is a must – and now you can confidently step up to the plate with the exciting Gordon Ramsay Professional range of kitchen appliances, designed to give you and your kitchen that all-important cutting edge.”

Quite how his former mentors Marco Pierre White, Albert Roux, Guy Savoy or Joel Robuchon would have reacted to having a Ramsay toaster in their world famous kitchens is anyone’s guess.

But according to Ramsay, his new armoury of kitchen tools is “crucial” in the fight to feed hungry families.

He said: “As a chef I work at a thousand miles an hour, but when I am home, I want to slow down a little.

“In a domestic kitchen, having a quality set of time saving tools can make a big impact on both speed and efficiency, crucial when you have hungry mouths to feed.

“This is why I’ve introduced a range of professional grade kitchen products – all tested to meet my high standards.”

Along with the toasters, everything from a milk frother, griddle and grill to blender and kettle are included in the new Gordon Ramsay Professional Range. 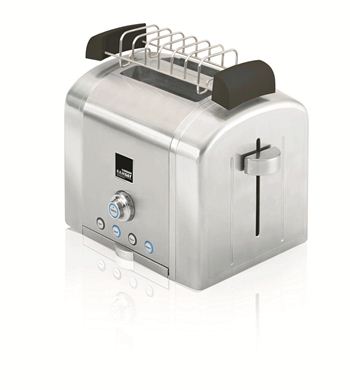 With a food processor costing £150, and stand mixer coming in at £299, one thing the 43-year-old will hope is it helps him make money in the run up to Christmas just months after his Gordon Ramsay Holdings was reported to be in financial difficulties after an audit by KPMG.

In June he revealed he had to sell his prized Ferrari to put his restaurant company back on track after an 87 crash in profits and quadrupling of debt.

He remains one of the only chefs in the UK to hold three Michelin stars.

The products are already on sale through Argos and expected to be available from Amazon next month.