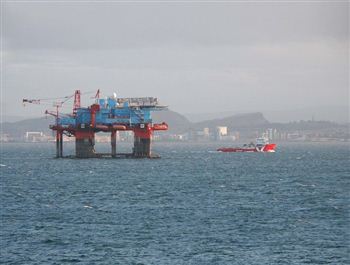 AN independent Scotland would have to establish its own SAS to defend the nation’s oil and gas fields, according to former special forces chief.

Former deputy SAS commander Colonel Clive Fairweather – who handled the bloody Iranian embassy siege in 1980 – has said that the terrorist threat to an independent Scotland’s energy resources is not to be underestimated, adding that any arrangement with England would not work.

Colonel Fairweather – who is now a security and political strategist – has also claimed that Scotland will need at least two ‘hunter-killer’ submarines to patrol the Artic Circle’s trade route – which will become usable all-year round due to warmer water temperatures.

He said: “Defence is any government’s first priority towards its people, so the SNP would have to really think through what the likely threats are to the country and shape their forces accordingly.

“The number one priority would have to be the formation of a Scottish Special Airborne Service or Special Boat Service to protect our oil and gas fields from terrorism.“Fiddling about with a joint arrangement with England would be a fudge.

“Similarly at least one large Chinook or two Super Puma-type helicopters would have to be on permanent stand-by, somewhere in the North East, to lift them out to the rigs.

“A number of fast patrol boats on standby would be necessary as well.”

Colonel Fairweather added that climate change will also bring new threats, including the major trade route through the Arctic Sea that is expected to emerge in the years to come.

He said: “With all-year round sea crossing in an area also known to have hidden resources in it, international competition and security issues will undoubtedly develop.

“Whilst these may mainly concern large powers such as Russia, the USA, Canada, and the rest of the UK, Scotland can’t just ignore the various developing threats to our north.

“What does independence really mean, if all the time we are, in reality, coorying up to NATO and UK forces for true protection in an increasingly unstable world?”

He said: “This debate could not be more timely given recent revelations of the £4.3billion defence underspend in Scotland which has seen 9500 defence jobs disappear since Labour came to power.

“Which we need now is a strategic defence review, because it is clear that UK policy is leading Scotland in the wrong defence direction – with virtual no public support.”