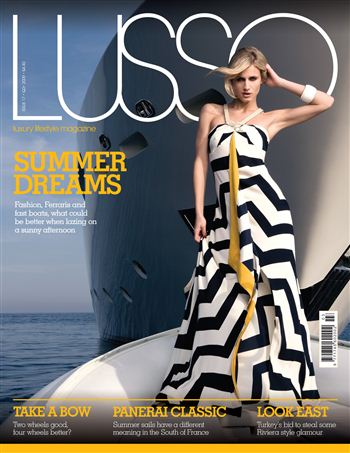 TWO top Scots hotels have been blasted over an “anti-Scottish” article in a luxury magazine supplied to their guests.

The Scotsman and Glasshouse hotel’s in Edinburgh supply a free a copy of “Lusso” in every room for their customers to read during their stays at their five-star venues.

But in an article in the magazine’s most recent edition, writer Chris West brands Scots “drunken spongers”.

He goes on to say that the SNP should put up candidates in London as the rest of the UK would “be happy to vote ourselves rid” of Scotland.

In the piece Mr West takes an unusual turn into politics as he dismisses having a tattoo of the Union Jack feature on his arm because the flag will not exist in five years time.

It is then that he launches into his attack on Scotland.

He writes: “When will the SNP field candidates in London?

“We’d be as happy to vote ourselves rid of the drunken spongers as they would be to cut themselves adrift to go off and float face down in the North Sea.”

But the remark has been branded “anti-Scottish nonsense” by the SNP.

And they say they are outraged that it is welcoming visitors for free at two of Scotland’s poshest hotels.

Shirley-Anne Somerville, SNP MSP for Lothians, said: “This kind of anti-Scottish nonsense is hardly appropriate reading material at one of our capital city’s top hotels, which welcomes guests from all over the world.

“The official figures show that Scotland subsidises the rest of the UK – not the other way round.

“The author should quit his ‘metropolitan moan’, and come and learn about the real Scotland.”

The Eton Collection, who own both the hotels, said that they don’t endorse the views published in the magazine.

The general manager of The Scotsman, Daniel Pereira, said: “We place a variety of magazines in our rooms for our guests to enjoy.

“All of the magazines are published externally by independent publishing houses.

“None is an internal publication.