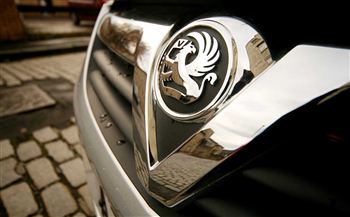 SCOTS are more likely to die in a fatal car crash involving a Vauxhall than any motor, according to official statistics.

More Astra, Corsa and Vectra models are involved in deadly smashes on Scotland’s roads than any other make.

The data – obtained under the Freedom of Information Act – shows the three makes were involved in 116 fatal car crashes in Scotland between them over the last three years.

The Vauxhall Astra and Corsa were involved in 41 fatal crashes each in the last three years, and the Vectra was involved in 34.

The data includes cars that were involved in crashes on Scotland’s roads where one or more people died, even if no one in that vehicle was killed.

Ford Fiesta was the third most likely to be involved in one of these incidents, with 32 smashes in the last three years.

According to figures from the Scottish Government, 868 people died on Scotland’s roads from 2006 to 2008.

But police have said that the results could be down to many factors and don’t mean that Vauxhall’s are necessarily more dangerous to drive.

A spokesman for Tayside Police said: “A wide range of circumstances and contributory factors may be involved in fatal road traffic collisions such as adverse weather conditions, the volume of traffic, actions of pedestrians/animals and spillages on the road etc.

“As such, it should not be assumed that these makes and models are more likely than any others to be involved in fatal road collisions.”

And a spokesman for Strathclyde Police said it may be as simple as Vauxhall’s being more popular than other makes.

She said: “Often, crashes are the result of a combination of factors occurring at the same time.

“It should also be borne in mind that, as their numbers on the roads are greater, it could be expected that the more popular makes and models of vehicles will be involved in more crashes.”

The AA said that the likelihood of a car being in a crash doesn’t just depend on the vehicle itself but also the driver.

A spokesman for the organisation said: “Sometimes you will find that certain cars are favoured by certain groups of drivers.

“For instance, young men are statistically more likely to be involved in crashes and they tend to drive certain types of cars. So it makes sense that those cars are going to higher up in the table.

“There are so many different factors involved in crashes that it is very hard to make any conclusions.”

Make and model of cars involved in fatal road traffic accidents in the last three years (2006-08).

1. Vauxhall Astra and Vauxhall Corsa 41 (both cars involved in 41 each)

“Mr Billy big b******s got hit by the karma train!” Road rage driver gets car door shut on his HEAD