BATTLEFIELD medics who risk life and limb daily to save the lives of wounded soldiers have been honoured for their skill and bravery on the front line. 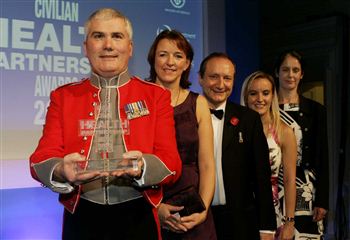 Scotland’s military health heroes swept the board at the Military and Civilian Health Partnership Awards.

Among them was Stirling-born Major Moira Kane, a mum of two who had to leave her family behind at short notice to run the emergency ward in Afghanistan’s Camp Bastion.

Her team treated countless war-wounded soldiers and witnessed some of the most harrowing injuries imaginable.

Major Kane said: “I’m a Scottish lass and it is great to take a break from the trauma ward at Camp Bastion to collect the award in Edinburgh.

“Working out there was an entirely different nursing experience to anything I’ve ever been involved in.

“Sometimes you’d get ten casualties coming in at once so I eventually needed three teams of 12 people working 12-hour shifts.

“But if there was a major emergency it was simply a case of calling all 36 people in to help, even if they weren’t on-call.

“The dedication of staff to do that was just brilliant and the equipment we were given out there was really top-spec, you couldn’t ask for more.

“To be singled out for the award is lovely but it really is a massive team of people who deserve the recognition.” 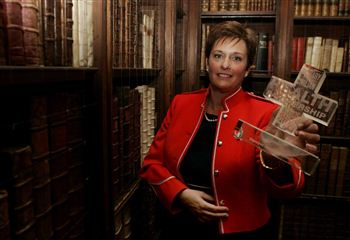 And for helping heal veterans’ mental scars of war, Glasgow-based charity leader Billy Watson and his SAMH team were singled out as “world leaders” by health secretary Nicola Sturgeon.

She was joined by the Queen’s cousin Prince Richard the Duke of Gloucester at the plush awards ceremony at Edinburgh’s Hopetoun House.

They paid tribute to the selfless medics who leave their daily jobs behind to bravely carry out complex surgery in the heat of battle, along with rehab experts and psychologists who help war victims regain a normal life.

Cumbernauld’s John Clark was honoured for leading a team of expert orthoplastic surgeons who take in soldiers with horrific injuries and piece them back together.

Having joined the Argyll and Sutherland Highlanders in 1984, he retrained to become a nurse and is now the senior military nurse at Selly Oak Hospital in Birmingham.

After accepting the Team of the Year award he said: “You do see some absolutely horrific things in this job and in many cases it is simply damage-limitation.

“But the satisfaction of seeing someone return to work, re-learn how to walk, drive or even ski; that is what you do it for.

“Our job is incredibly complex but it is the teamwork behind the planning of care for every patient that gives us the edge.

“It is a great surprise for us all to get this award and nice for me too because I’m a very proud Jock back on home turf.” 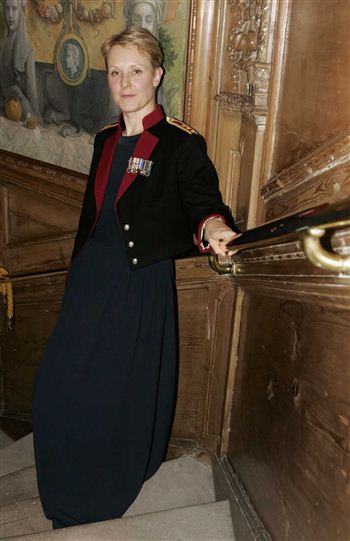 The team scooped the Innovation and Service Development award after developing a neuro-vision rehab device, similar to the popular Nintendo Brain Training game.

Project co-ordinator David Logan said: “If this project didn’t exist many people would still be undiagnosed and unaware that their clumsiness and lack of co-ordination was due to sight loss.

“We are honoured to win this award.

“It came as a great surprise and we’re delighted that the important work we are carrying out has been recognised and appreciated.”

Ms Sturgeon said she was “humbled” to have met the teams who save our war wounded from life-threatening injuries.

She said: “For those of us who have never served in the Armed Forces we can only begin to imagine what that must be like.

“It is work that must be the most harrowing imaginable, but also very rewarding and that is why they do it.

“I would love to see more people follow their examples as world leaders in their fields.

“Humbling is without doubt the best word to describe this event.”

HRH the Duke of Gloucester said: “I have seen for myself the hospital constructed at Camp Bastion, well supplied with every possible life-saving item of equipment.

“As a result there are many people alive today who might have otherwise succumbed.

“We must remember that these inspiring stories of survival also leave a legacy of sick and injured personnel, no longer critical, but still needing a great deal of medical attention, in some cases for years to come.

“It is at these times the importance of the healthcare we provide to our service personnel becomes all too apparent.”