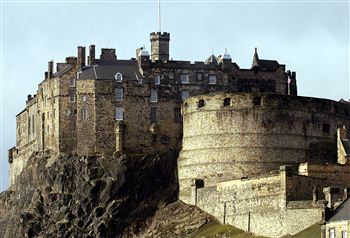 THE British Army could have to leave its Scottish base at Edinburgh Castle after two and a half centuries to make way for more tourist attractions.

Confidential documents have revealed that Historic Scotland bosses – who own the castle – and military top brass are to meet next month to determine the future of the ancient site.

The group will discuss scaling down of the garrison at the castle, which currently serves as the headquarters of the Royal Regiment of Scotland.

Around 40 soldiers are currently housed at the site at the Brigade Headquarters, the Officers Mess and a detachment of the Royal Military Police.

The meeting has indicated that there could soon be a major re-structuring of the British Army in Scotland, with the army base being moved for the first time since 1745.The confidential documents, which have been released under the Freedom of Information Act, show that Historic Scotland could push for a greater emphasis being put on the castle’s status as a tourist hub for the capital.

It is believed that the new plans for the site were a factor in the high-profile resignation of Major General Andrew Mackay, who was head of the Armed Forces in Scotland, Northern Ireland and northern England, who also served as Governor of Edinburgh Castle.

Representatives from the Royal Scots Museum, the Scottish National War Memorial and the Dragoon Guards Museum, will also attend the meeting on 17 December.

A letter from Peter Bromley, who handles Historic Scotland’s sites around across the nation, to senior officers, said that the military presence at the castle appears to be diminishing.

Bromley also highlighted the important role that the castle plays to tourism in Scotland.

In response a senior officer at the garrison thanked Historic Scotland for raising “some areas where we could develop a common understanding”.

This comes as reports have suggested that 51 Brigade, based in Stirling, and 52 Brigade, split between Redford Barracks in Edinburgh and the castle, could be scaled down to one.

Craigiehall divisional headquarters in Edinburgh would be abandoned, with 51 Brigade moving to Redford Barracks, with 52 Brigade disappearing.

Brigadier Mel Jameson, the former producer of the Edinburgh Military Tattoo said that Edinburgh Castle plays an important role to the army in Scotland.

He said: “That is not something I would wish to see, having had all my army career at the castle.

“The castle has been the heartbeat of the regiments in Scotland, it’s a living castle.”